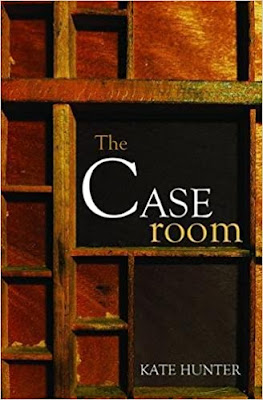 The Caseroom brings to life the Edinburgh print industry in the late 19th and early 20th century, in terms of both the living and working conditions of the time.
The book is centred around a Scottish print shop ‘caseroom’ where women set the type-face by hand in an industry that was traditionally a male prerogative. We are informed that female employees did not have separate toilets, a basic right that sections of the so-called ‘Transgender Community’ want to take away. To remind readers of the setting, Hunter intertwines pieces of text the compositors were working on with the chapters of the story.
The book starts in the 1890s, where the great James Connolly is mentioned, and then moves forward to 1910. That year male compositors, members of the Edinburgh Typographical Society, went on strike in an attempt to block the recruitment of female compositors.
The main character, Iza Ross, starts work as a compositor in the Ballantyne Print works after leaving school on successful completion of a literacy test. Unable to join the male-dominated Edinburgh Typographical Society, she joins the unskilled Warehouseman and Cutters Union. Iza soon becomes involved in militant trade unionism and the emerging women’s suffrage movement in the early 20th Century.
Unlike most historic fiction, where historical figures either take centre stage or the main characters are closely connected to them, The Caseroom views events from the side-lines. Iza represents the many people who attended meetings, took part in strikes and may have had divided loyalties; in her case between the demands of the Women's Movement for equality and the demands of her male workmates. Her actions however, could be seen as ground-breaking in themselves; after giving birth she returns to her work as a compositor – something almost taken for granted today but not a century ago.
Posted by london communists at 1:38 AM