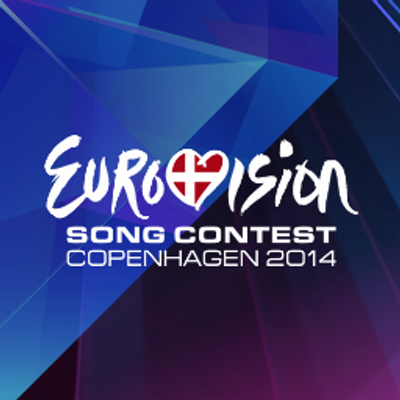 In one sense, Eurovision is a strange thing, a glimpse into the exotic cornucopia of European pop. But in another sense, Eurovision actually just highlights the bits of ubiquitous, daily mainstream culture that I usually ignore.
It struck me yesterday evening, when watching Eurovision, that the functions of those climactic, vocoder-driven stadium house tracks, are both obvious and complex. Their videos especially are fascinating, glimpsed in working class pubs with televisions. They often contain scenes of audience climax, at a faked live performance or festival, a mass celebration, in front of an often blonde, female, western, half porn star, half fitness workout instructor figure. This says everything we need to know about the assemblages of labour and leisure most of us now tolerate, historically, in the western first world, as well as their dominant, nauseating assumptions.
However, this music’s aesthetic is also highly classed. These mass celebration climaxes function to symbolically re-include the excluded, those who inevitably consume the videos in the first place. Via doing so, they are placed, as vicarious members of the audience, at two stages removed, into the mass and therefore global story they are inevitably marginalised by. The tracks are always about overcoming obstacles to get somewhere (baby), but the consumer of them is inevitably stranded in a declining and very local present, both geographically and temporally, smoking outside a bad pub where the bus service has been cut.
However, when this musical and visual aesthetic becomes the form and function of Israel's Eurovision entry, which last night included moorish floor projections, the Israeli flag, and a lyric about everyone having 'one heart' (I edited my bloodier metaphors from this draft) it is the concealment of ideology we are concerned with. As with the stadium house track genre, the intended unitary sentiments cover a much larger and more complex story.
In some ways then, the moment when Austria won last night, with an undoubtedly cheerful, beyond heteronormative performer, it felt wrong to snipe. The performance cut right through the dominant gendering of the standard Euro-pop or stadium house number, which I outlined above. But the bearded lady (or ladied beard) is also a mask, as much as it is a revelation. Queen Conchita dripped with all the tacky baubles of a culture presenting the conspicuous consumption of luxury goods as a default set of values.
Austria’s win was world-historical, and genuinely progressive, at one very fundamental level, but the supposed 'transgression' of transgender, is at that moment so easily re-incorporated into the new normal of wars, shopping, wars and shopping. The expanded spectrum of sexuality and gender risks becoming just another part of the flattened smorgasbord of cultural values, and even this is an illusion: As we can see, both Eurovision songs and stadium house present highly identifiable genres. By which I mean that they are very far from limitless in what they can say or present, even when they ‘go further’, re-including what was excluded before, symbolically speaking. What was Marx saying about both the culture and economics of liberalism?
But I don’t want to sound intolerant or unaccepting here. What we need is more radical and opened-out cultural forms and avant-gardes, not the smooth assimilation of them into an amnesiac, eternally-recurring, politically and ethically dubious cultural mainstream.
Music and the landscapes of Europe have so often been bleak combinations, with good reason. If we think back to Bartok, and much of the eastern European folk music his pieces often borrow from, then we only have to think forward again to the Serbian and Bosnian conflicts, or Israel and Palestine, to understand what Eurovision conceals.
But it would also be naively worthy to suggest that the symbolic landscapes of Eurovision, temporarily rushing into the minds of millions like a mass hallucination, should now evaporate its hyper-real form into some misguided idea of ‘authenticity’, replacing these strange hybrids of aesthetics and athletics with, say, folk music, or an indie band. Although I wouldn’t mind seeing some UK hip hop performing for Britain, Mystro and Braintax perhaps.
No, the mythical and almost mystical nature of Eurovision is both useful and crucial. These symbolic magic lantern shows, performed in the interior of a busy and perhaps politically agnostic mind, need be recalibrated to better reflect the daily struggles and experiences of those who consume them, instead of masking and anaesthetising them. There is a very different way that culture like this could connect the local to the global. But that, as we saw last night, is a very big job.
Posted by london communists at 8:23 AM No comments:

Remembering Bob Crow and carrying on the fight


By Theo Russell
HOUSMAN Bookshop in London hosted a meeting last week which combined a remembrance for RMT general secretary Bob Crow with a talk by Janine Booth on her new book, Plundering London Underground.
Janine, an ex-RMT colleague of Bob Crow, recalled: “One of the first things he did when he became general secretary was to introduce reviews of books on working class history into the RMT magazine. He was open to criticism and generous to his friends and colleagues. When I left my RMT job his gift was a candle in the likeness of Joseph Stalin.”
Peter Pinkney, RMT President (an ex-Tyneside shipyard worker), said Crow was nothing like the image portrayed in the media, but “a kind and loving man who was able to persuade even right wingers on the executive round to his point of view. But the RMT was not just Bob Crow; it was and is made up of all its members.
Pinkney called on the union movement to be more militant and to demand “re-nationalisation with no compensation”. “Marches and protests don’t have any effect. The TUC needs to grow some balls, start fighting back and call for a general strike,” he said.
“We owe the future to the young generation which isn’t to be the first generation to hand over worse living conditions.”
Janine Booth, speaking on her new book, said: “The year 2013 saw the 150th anniversary of the tube, which was originally a patchwork of competing private companies that were first brought into a form of public ownership in the 1930s.
“The tube is better when publicly owned and with a unified structure, when it is well funded, when it has a public rather than a business ethos, and when its management is accountable to an elected, democratic body, rather than simple public or national control.
“In the economically depressed 1920s and 30s, Tory and Liberal-led governments invested in London’s underground and extended lines with the aim of creating jobs. Today it is the opposite, with 12.5 per cent budget cuts each year, resulting in ticket office closures, thousands of jobs lost, and plans for driverless trains.
“In 1948 control over London Underground (LU) was handed to the newly nationalised British Rail, and almost no new investment was made until the creation of the Greater London Council in 1965. Then the Piccadilly Line was extended to Heathrow and the Jubilee Line was built.
“But then came Thatcher in 1979, and in came outsourcing of everything from track maintenance to catering. LU became London Underground Ltd, and although Government-controlled it was now run on business lines, so the elderly and disabled became lower funding priorities.
“Apart from a rise in spending after the 1987 Kings Cross fire, funding was steadily cut, and the budget process made long-term planning impossible. After a decade the tube was falling apart with delays, breakdowns and shabby, dirty stations.
“During the 1997 election Labour appeared to oppose privatisation of the tube, an important factor in its election victory, but very few understood the meaning of ‘public private partnership’ at the time. The committee set up to oversee the PPP process consisted of business leaders, ex-Thatcher advisors and the accountants Price Waterhouse.
“They split the 10 tube lines into three ‘public private’ companies with 30-year contracts (signed on New Year’s eve to avoid publicity) which ensured no risks or penalties for investors. Between 2003 and 2010 the contractors made profits of £1 million a week.
“But as a huge campaign against PPP developed, even the London [Evening Standard], which at first called PPP a ‘realistic business plan’, turned against it. In one tube strike – unusually backed by both RMT and ASLEF – only 25 trains were running.
“Between 2003 and 2007 there was a chain of train derailments at Chancery Lane, Hammersmith, Camden Town, White City, and Mile End, in which 46 passengers were hurt, caused by lapses in train, track and safety failures, and many more derailments at train depots which went unreported.
“After Mile End, one of the two contractors for the tube’s upgrade, Metronet, went bankrupt, but under the terms of their contract 95 per cent of their £2 billion debt was picked up by the taxpayer.
“In 2010 the second infrastructure company, Tube Lines, was taken over by  Transport for London after major problems and delays with the Jubilee Line upgrade – ironically by right-wing Tory Mayor Boris Johnson – receiving £350 million in ‘compensation’ courtesy of the taxpayer.
“So by 2010 all the upgrade and maintenance work given over to PPP by the Labour government was restored to a form of public ownership. But Tube Lines’ workforce were left with worse conditions and pensions than those enjoyed by London Underground staff.”
The book ends with a vision of a possible socialist future for London’s beloved Underground, based on planning, involving the workers and passengers, lower fares, line extensions, longer running times, better safety and provision for people with disabilities, adequate staffing and staffed ticket offices at every station. Bring it on!
Plundering London Underground: New Labour, private capital and public service 1997-2010, by Janine Booth, with a foreword by Bob Crow; Merlin Press, December 2013, £13.95.
Posted by london communists at 7:11 AM No comments: