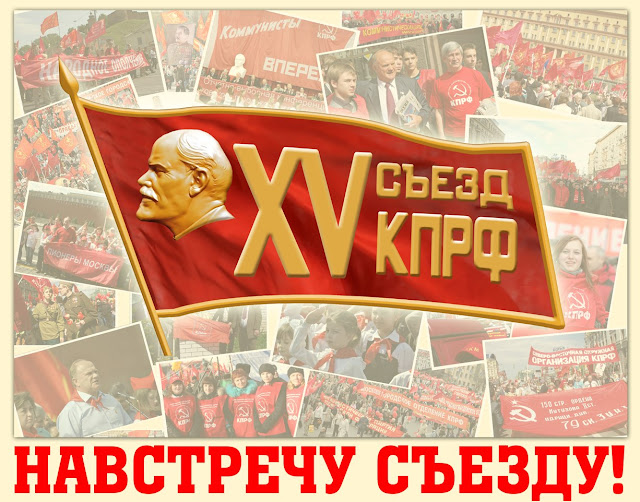 SOCIALISM in the 21st century is socialism of genuine people’s will and we seek to replace western-type parliamentary democracy with a Soviet-type democracy. That’s how Russian communist leader Gennady Zyuganov put it at the 15th Congress of the Communist Party of the Russian Federation (CPRF) in Moscow last month and more and more Russians are agreeing with him these days.
The CPRF has recruited a new generation to join the veterans who served the Soviet Union before the revisionists and traitors finally destroyed the USSR in 1991. This was clearly seen in the age of the delegates and observers at the congress that met during the last weekend in February
Last year Zyuganov came second in the presidential election, with just over 17 per cent of the poll and over 12 million votes in a contest that was inevitably won by Vladimir Putin amid allegations of electoral fraud and ballot-rigging in favour of Putin’s ruling United Russia Party.
Putin’s Russia is a country run by oligarchs and corrupt bureaucrats who plunder the country and stash their ill-gotten gains in the West while the country runs on a “pipeline economy” based on diminishing oil and gas resources. But the communists have made gains even in Moscow, the capital that has long been seen as a Putin stronghold, while the global capitalist slump hits Russia and the living standards of workers plummet.
Zyuganov has led the CPRF from the very beginning when it was established in 1993 when the ban on communists was lifted in Russia. It is now the biggest communist movement in the country with some 160,000 members and four million active supporters. It is the second biggest parliamentary party with 92 seats in the 450-strong Duma.
New Communist Party of Britain leader Andy Brooks attended the Congress, together with 105 other delegations from communist parties and progressive movements from all five continents, at a conference centre in the capital’s 1980 Olympic Village hotel complex.  And the significance and importance of this congress was reflected in large number of fraternal delegates from the world communist movement.
Delegations from the ruling parties of China, Cuba, Democratic Korea, Laos and Vietnam took part in the Congress as well as those that participate in popular front governments like the two Syrian communist parties, the Communist Party of Venezuela, AKEL in Cyprus and the South African Communist Party. Progressive movements like the ruling Syrian Arab Socialist Renaissance Party (Baath), United Socialist Party of Venezuela and the Sandinista National Liberation Front of Nicaragua  were there as well as representatives from the World Federation of Trade Unions (WFTU), World Peace Council, Women’s International Democratic Federation and the European United Left.
Zyuganov’s party is the direct Russian successor of the old CPSU – but not that of the CPSU’s discredited politicians who led the Soviet Union to disaster in its final years. The party upholds the doctrines of Marx, Engels, Lenin and Stalin to lead the class in the 21st century. As the Russian leader said in his report of work:
“The look of socialism in the 21st century is that of a developing socialism with a communist perspective. For us communism is a logical result of scientifically planned progressive movement of socialism. It is not just a beautiful dream, nor is it a position that can be achieved by a certain date. That was why Khrushchev’s slogan of “building socialism by the 1980s” caused great damage to socialism.
“Joseph Stalin in his time thus formulated the main economic law of socialism: ‘Maximum satisfaction of the constantly growing material and cultural needs of the whole society through continuous growth and improvement of socialist production on the basis of high technology’.”
Zyuganov said that Russia was in deep crisis and that there were four possible scenarios:
The establishment of a repressive, openly dictatorial regime by oligarchic capital and still greater oppression of the masses;
Accelerated processes of disintegration of Russia with the participation of external forces;
Left-wing patriotic forces coming to power by peaceful means through bourgeois democratic procedures;
A social revolution as a result of a nationwide crisis that breaks out regardless of the wishes of social classes, parties and leaders.

“Our Party will do everything to make our programme one for the salvation of the country so that Russia’s pivot to the left can be consolidated by the formation of a government of popular trust” Zyuganov declared.
The communist party has drawn up a programme for a people’s government that would restore the rights of working people and prevent the collapse of the Russian economy, including the renationalisation of the railways and all the key industries including mining, energy and other strategic sectors and the partial renationalisation of manufacturing and the power sector. The private banks will be curbed and progressive income tax will be used to fund the social programme to restore workers’ and farmers’ living standards.
The CPRF has a programme that can take Russia out of economic crisis and elevate the class struggle to replace capitalism with socialism.
“Capitalism is dangerous,” Zyuganov said. “Humanity’s need to get rid of it is becoming even more urgent. ‘Socialism or barbarism’ – this is an increasingly stark choice. We Communists have no right to lose that battle. Our policy is the policy of the majority. Our goal is socialism.”

Posted by london communists at 4:39 PM