November’s PubSci was timely, coming as it did in World Antibiotic Awareness Week. Dr Michael Byford, who is a Biochemist lecturing at London South Bank University, outlined the dangers that arise from the development of resistance to antibiotics and discussed a different approach taken in the Soviet Union.
Bacteria are all around us and generally do us no harm; indeed we have symbiotic relationships with some, inside and outside our bodies. However, when the wrong bacteria get in the wrong place they can, and do, kill. Until the discovery of penicillin, infections in wounds were very bad news indeed and made surgery a risky business, while tuberculosis patients were isolated in remote sanatoria for long periods.
Today we take antibiotics for granted – too much for granted. Bacteria reproduce simply by splitting in half, so one bacterium can become a million in just a few hours. The more “copies” there are, the more chance there is of one of them having a mutation: and that mutation could be something that enables that bacterium to survive the attack by the antibiotic that is killing its neighbours. The mutated bacterium then divides and passes on its newly-acquired resistance to its offspring. The chances of resistant bacteria developing are increased when a course of antibiotics is not completed – antibiotics take time to kill all the bacteria, if the course of treatment stops too soon there will be bacteria still around that have been weakened but not killed, and they will develop their defences. And if antibiotics are used when there is no infection it results in bacteria in balance in the body being exposed needlessly to the pressure to evolve resistance.
It takes time and costs money to identify the exact strain of bacteria that is causing an infection, so most antibiotics used are broad-spectrum – effective against a variety of bacterial strains. In fact, most antibiotics are only profitable for pharmaceutical companies if they are broad-spectrum because they can then be used for more conditions, so for more patients, so more sales volume. It is not, however, in the pharmaceutical companies’ interests for bacteria to develop resistance to their products. Developing new antibiotics is an expensive business and the speed at which resistance is now spreading makes it a risky undertaking.
Most antibiotics have at the base of their development some kind of fungus, natural or synthetic. Another approach, however, is the use of bacteriophages (phages). These are a specific kind of virus that attack bacterial cells. Their disadvantage is that they are very specific to individual strains of bacteria so banks of phages are needed in preparedness for different infections. It is said there are still buildings full of phages near Moscow and these could yet prove valuable.
Many of the audience were clearly very knowledgeable, able to follow the technical details, and the questions at the end revealed deep concern about the problem of antibiotic resistance when it affects gravely ill patients.
Will this prove to be the end of the Antibiotic Age, with the subsequent return of fear of disease and lengthy treatment regimens?  The speaker was hugely pleased when “measures to address antibiotic resistance” was chosen by public vote as the winner of the Latitude Prize 2014, but it would help now if people would trust expert knowledge. A cold is caused by a virus, not a bacterium, so there is no point in taking antibiotics, yet people express dissatisfaction with doctors who don’t prescribe them.

Pubsci is held on the third Wednesday of every month, upstairs at: The Old King’s Head, King's Head Yard, 45-49 Borough High Street, London SE1 1NA
Posted by london communists at 10:14 AM No comments:

Kim Jong Il always with us 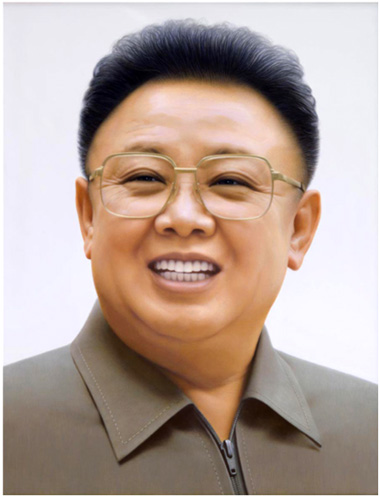