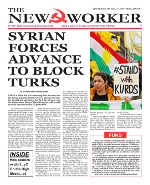 Though the Tory Government managed to get Commons agreement to allow the revised Brexit deal to go forward in parliament Labour and the rest of the opposition combined to reject the Prime Minister’s plan to fast-track it. Johnson clearly cannot keep his pledge to take Britain out of the European Union by the end of the month and the ball is, once again, in the European court. They are, almost certainly, going to extend Britain’s departure date by three months. But what comes next is anyone’s guess.
Johnson wants a snap general election but that ceased to be the Prime Minister’s gift when the Tories signed up to the Five Term Parliament Act to keep their Liberal-Democrat allies quiet in 2011. An early general election now can only be called if a two-thirds of the House of Commons agree – and Labour will not consider it until the “no-deal” option is ruled out altogether.
Some Tory MPs are arguing for a short new motion specifying the date of an early election that could be passed by a simple majority. But Johnson is not likely to heed them as this could lead to amendments like lowering the voting age to 16 that the Tories believe would favour Labour’s chances. The third option is for Johnson to call for a vote of no confidence in his own government which would not only need Labour support to succeed but would open the door to  a combine opposition forming an alternative “national unity” government – which it could do now that it has the numbers to do it.
Maybe that was discussed when Jeremy Corbyn, the Labour leader, held private talks with Boris Johnson this week. We don’t know because both sides say nothing was agreed when they met.
Some Leavers say the Johnson’s deal is the best Brexit we’re ever going to get. But it’s not. Johnson’s rehash of Mrs May’s “Chequers Plan” may have resolved the Irish “backstop” question by limiting Britain’s future relations with the EU  but it’s not the clean break needed to restore the country’s independent economic life.
The Remainers, on the other hand, could have accepted Mrs May’s “Brexit in Name Only” plan but they didn’t. They’re certainly not going to embrace the watered-down version Johnson’s drawn up.
They don’t want Britain to leave the EU under any circumstances.            From the start they’ve campaigned for a second vote – a “people’s vote” that would reverse the historic decision to leave in 2016 with a convincing majority and legitimise Britain’s continued membership of the EU. They need a “national unity” government or a tame Labour coalition to pave the way.
The first option can only realistically happen if all the opposition close ranks around Corbyn. Though horse-trading between Labour and the other opposition parties and the Tory rebels has begun there clearly is still no consensus around the Labour leader.
The second one only works for them if the result is a hung parliament that would lead to a Labour government dependent on the Remainer votes of the Lib-Dems and the Scottish and Welsh nationalists to remain in office.
Amidst all this uncertainty one thing is clear. The initiative is now in the hands of a shadowy cabal of Remainer politicians and neither Johnson nor Corbyn can do anything about it. But workers can by building the movement to sweep Labour back into power on a programme to end austerity and empower the unions to raise the standard of living of every worker across the country. It can and must be done!
Posted by london communists at 10:05 AM No comments:

by New Worker correspondent
The Palestine Film Festival returns to London next month, after a two year break, with a selection of feature films and shorts that reflects the culture and politics of a film industry that survives and even thrives under the oppression of Israeli occupation.
The festival fortnight kicks off on 15th November at the Barbican with the screening of It Must Be Heaven – a black comedy about a Palestinian film-maker who goes to the Europe and America to escape from the reality of his home life only to find constant reminders of what he left behind. Other screenings at the Barbican include Stranger at Home – a classic but rarely seen 1985 documentary about a Palestinian artist’s return to occupied Jerusalem, and a programme of five sci-fi shorts by well-known Palestinian directors.

The Palestinian film festival began in 1998 as a student project at London’s School of Oriental and African Studies (SOAS). It has since grown to become a major focus for Palestinian cinema on the London cinema scene. This year’s venues include the Barbican, Curzon Soho and the Institute of Contemporary Arts (ICA).
Directed by Elia Suleiman, It Must Be Heaven won critical acclaim at the recent Palestinian Cinema Days festival in Ramallah and it has now been nominated for the 2020 Oscars.
Suleiman said that he didn't make the film for the Oscars but to meet a vision he believes in. “I think I made the film not for the Oscars, I made the film because of the content of the film and because of the necessity to make this film,” he told reporters.
An Oscar nomination would normally require a costly promotion, international distributors and the support of not just the audience, but cultural organisations and national parties.
Palestinian Minister of Culture Atef Abu Seif, who was behind the nomination, said that the film would put Palestine on the world cinema map as one that tackles international affairs, not just local issues. He said he was proud that Suleiman's film was the debut of the Ramallah festival, which would encourage the cinema industry in Palestine.
Palestine Cinema Days was held in Ramallah in the Palestinian ‘autonomous’ zone in the West Bank earlier in the month. Festival spokesperson Khalid Badawi said that: “Despite all the abuses of our rights, we insist on our basic right of access to culture, production and cinema, and despite the very poor infrastructure that we face, we insist that we are the best producers, we have our productions, our film and film-makers that we are proud of. This is the stage, the event where we present what we produce to the world.”

Posted by london communists at 5:10 AM No comments:

The Joke’s on Us Originally a comic book character who first appeared in 1940, the Joker was been played by Cesar Romero in the original television series and Jack Nicholson in the 1989 film Batman.  Whilst appearing in numerous computer games and comics, this demented clown faced villain maintains his place in film and other entertainment media.
Now, in what appears to be a highly successful blockbuster movie, Joaquin Phoenix attempts to portray the origins of the famous Batman villain. Joker is set in a vague version of the past somewhere between the 1970s and 1990s. Arthur Fleck, a fantasist with mental health problems working as a clown with ambitions to be a stand-up comedian, lives alone with his elderly mother and stalks local women.
The story is set in Gotham City – a very dark caricature of US society. Gotham, a crime-ridden hell-hole forever under siege from strange and dangerous criminals whilst guarded over by the aristocratic Wayne family. First in the form of wannabee mayor Thomas Wayne and later with his son Bruce Wayne aka Batman.
This is in contrast to the Metropolis of Superman; a much more meritocratic place where the ambitious come to make successful careers for themselves.
In this film, Thomas Wayne states that the rich view the rest of us as little more than clowns. These remarks fuel protests where activists take to the streets wearing clown masks, with obvious parallels to the Occupy Movement of a few years ago.
With this in mind, one begins to wonder who the real villains are. Are they downtrodden individuals like Fleck, whose life seems to go from bad to worse?
Fleck’s career as a stand-up comedian doesn’t exactly work out. He loses his job as a clown and is told that funding for his mental health programme is to be cut. Meanwhile, the likes of Wayne live in walled mansions away from the problems of ordinary folk whilst believing they have an almost divine right to rule.
Joker is ultimately a story of an individual at the very bottom of society driven to despair; raising the question of are some people inherently bad or does society make them that way? The film also raises the issue of mental health and for Americans, gun ownership. The graphically violent scenes are in stark contrast to the cartoon violence of the 1960s original Batman series. This film literally holds no punches.
Posted by london communists at 5:02 AM No comments:

The only vote that counts 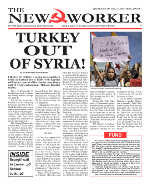 All sorts of nonsense has been spouted by Remainer politicians claiming that there’s been a sea-change in opinion towards a second referendum with most people now wanting to remain inside the European Union (EU). Wishful thinking and peculiarly framed opinion polls that avoided asking the question that was put to voters during the 2016 referendum have been used to justify calls for second ‘people’s vote’ or, like the Liberal Democrats, simply to ignore the first one.

But a huge new survey shows that 50 per cent want to Leave the EU, with 42 per cent wanting to Remain. With 'don't knows' removed, 54 per cent would back Leave compared with 46 per cent in support of Remain. Some 26,000 people took part in the poll, organised by ComRes and Channel Five.
This was the biggest Brexit poll since the 2016 referendum and it confirms what we’ve been saying all along. But the only real poll that counts is the one that took place in June 2016. The Labour Remainers in parliament should remember this in future.

Postal workers vote for action
Royal Mail workers voted by an overwhelming 97 per cent on a 76 per cent turnout for industrial action over the Christmas period, which is by the busiest period of the year. Their move is in defence of terms and conditions that Management seems set to undermine seriously. Their union, the CWU, says Royal Mail is reneging on an agreement reached between Royal Mail and the union. Entitled {The Four Pillars}, agreement it covered pay rises, pensions, and a move to reduce working hours from 39 to 35 per week by 2022 depending on productivity improvements.
The CWU's general secretary, Dave Ward, has now urged Royal Mail to enter “serious negotiations” with the union. If they’re realistic and genuinely want a negotiated settlement before Christmas, Royal Mail’s management should start talking now.

Making America Great Again?
The imperialist politicians who are now shedding crocodile tears over the plight of the Kurds of northern Syria have no real concern for the Kurdish people. If they did, they would have supported the Kurdish struggle in Turkish Kurdistan – where most of the Kurds live. Instead, they simply sought to use them as pawns to foster regime change in Iraq and Syria.
The fate of the Syrian Kurds now depends on the Syrian army and the Russian peace-keepers – not NATO nor the Turks that for so long abetted Washington’s efforts to bring down Assad’s popular front government in Damascus.
Donald Trump was quite right to pull the troops out of northern Syria. They shouldn’t have been there in the first place. If he really wants to ‘make America great again’ he should pull them out of Europe, the Middle East and south Korea as well!
Posted by london communists at 3:07 PM No comments: