History – it’s how you look at it 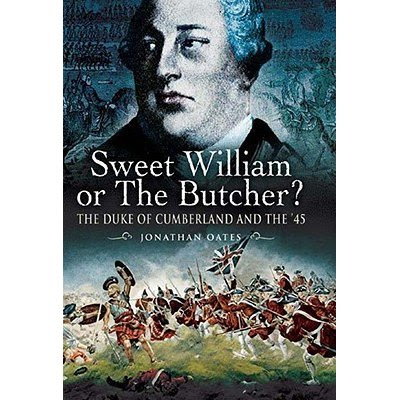 As Karl Marx said, it’s the material world that forms consciousness not the other way around. Ideas and concepts arise from our interaction with the world and most fundamentally from how humans make their living – how they survive.
And as they only survive by working together, collectively in societies, the ideas that predominate among people will be the ideas that are the main ones created by the economic/political type of society in which they live. For example, slave society, feudal, capitalist or socialist.
It is rarely simple because in all societies there are divisions, tendencies, classes that interact with each other, they clash and cooperate in many ways. And within these they may have their own divisions.
The ideas of the fractions, while having many similarities with those of the dominant forces, will not be the same and will often contradict them. If not for these differences (contradictions) nothing would ever change.
This can make the study of history complex. But when evaluating historical events and processes (evaluating, not merely recording) Marxists must keep the main division in society, the division that defines them, in the front of their thoughts.
That is the class division, the different relationships to the means of production. Those who own the land, factories, machinery and so on, and those who don’t. We must always see things from the view of the working classes and oppose their oppressors.
Just as with ‘democracy’ when we always ask “democracy for whom?”, when evaluating history we must always ask “which class does it serve?”
To try and stand aside and be ‘objective’ is not only impossible but almost always leads to a reactionary position in the end.
The idea for this opening came to me as I was reading a book by Jonathan Oates called Sweet William or ‘the Butcher’?
This is an attempt to rescue William, Duke of Cumberland (second son of George II), from the nickname ‘the butcher’, which became attached to him after his part in putting down the Jacobite rising in the battle of Culloden in 1746 and its aftermath.
In spite of proclaiming his aim from the start, Oates still attempts to appear objective.
Oates summarises the cases historians have made for and against Cumberland and I will summarise his summary.

For Cumberland:
·        Many of the stories of terror are lies told by Jacobites.
·        The social context: it must be taken into consideration, eg the amount of violence in society, wide spread hatred of Jacobites amongst English and Lowland Scots..
·        ‘Necessity’: the ruling group needed finally to end the long-standing threat of Jacobinism. William as a member of the Hanoverian dynasty had a personal investment in this.

Against Cumberland:
·        Prior to Culloden, the decisive battle, he urged civilians to kill Jacobite stragglers.
·        After Culloden he allowed his troops to kill wounded Jacobite troops on the battle field and his cavalry showed no mercy to those fleeing.
·        After Culloden his campaigns in the Highlands killed Jacobite sympathisers and destroyed property, stole and killed cattle; the results of which have been called ‘genocide’. Even non-Jacobites were sometimes affected.

In spite of the book’s title, Oates never seriously thought that ‘Sweet William’ was an accurate term for Cumberland and concludes that Cumberland may have been harsh but, all things considered, he does not deserve the name ‘butcher’ either. What should Marxists make of all this?
Well, they would be interested in any new facts but Oates does not really produce any.
But his type of arguments are interesting. They could be called ‘relativism’.
Cumberland should not now be called a butcher, he argues, because by the standards of his time he should not have been. If he behaved that way today it would, presumably, be all right to call him one.
The gaping hole in that argument in the case of Cumberland is that he was called a butcher at the time and not just by Jacobites. His own elder brother was part of the campaign against him.
But, more importantly, if we accept relativism it leaves historians as mere collectors of facts, unable to make judgements.
Relativist arguments are often used by liberals not liking some events but unwilling to condemn them. Ritualised cannibalism in tribal societies is perhaps a common example. But they can be used for reactionary purposes as Oates shows.
The opposite position to that of relativism however, is ‘absolutism’. This is when the historian starts from a preconceived set of principles and judges historical events by them – ignoring the social context. So when in some societies some babies were killed at birth this was evil, no matter what the circumstances. Some things just are wrong and that’s all there is to it.
But of course that’s not all there is to it. Many absolutists are coming from a religious position that itself has historical and social roots. Often their positions are reactionary but sometimes positive, depending on the circumstances.
Both relativism and absolutism are approaches that are often used, consciously or unconsciously, for a political purpose.
It must be recognised that individuals cannot step aside from their society and upbringing and be totally unbiased, we see things through our experiences, culture and education – we can do no other.
Marxists, through their experiences, choose to see things from the view of the working class. They see that the working class is the progressive class and what is best for it is the best, in the long run, for humanity.
Early on in his book Oates mentions other writers. One of these is John Prebble and his book Culloden, which he dismisses in a couple of paragraphs although he admits it is a powerful work and probably the most influential on the subject.
Prebble was a member of the old Communist Party (CPGB) until after the Second World War, and the contrast between his approach to history and Oates’ is stark. Prebble sees things in terms of class conflict and openly chooses a side – the side of the working people, of the oppressed.
He doesn’t support  ‘bonnie Prince Charlie’ or the ‘butcher Cumberland’. but paints them from the view ordinary people.
I think his book is an example of how you can write good history, full of emotion and colour, and not pretend to be writing looking down from some god-like position.
Of course this Marxist approach, which is neither relativist nor absolutist, should not just be applied to history. It is the core of Marxist ideology. Whatever we do, whatever we study, we should approach it from a class view.
All this is not to say that individuals play no active part in the making of history. It’s not all about the working of universal laws.
Masses of individuals make up the forces of history – there are no forces outside or beyond them.
And within these masses there are individuals who played more of a role than others. We can all think of examples – Cromwell, Marx and Engels. Lenin, Stalin, Mao, Kim Il Sung and many others.
But even the most gifted individuals cannot work successfully against the historical laws explained by Marx.
As G Plekanov says, they cannot “foist on society relations which no longer conform to the state of the productive forces … or do not yet conform to them.”
In other words, you cannot retreat to a rural tribal idyll from advanced capitalism, or spring to socialism from tribalism.
The very gifted person understands the direction society is moving, is embedded in their class, they “possesses qualities which make them most capable of serving the great social needs of their time, needs that arise from general and particular causes.” And they can have great influence.
But I would like to emphasise the words ‘most capable’ because, with the aid of Marxism-Leninism and as a part of the revolutionary party and the labour movement, we can all play a part. We are not just cogs in a machine.
There is a world to win and we can help to win it!
Posted by london communists at 7:43 AM No comments: 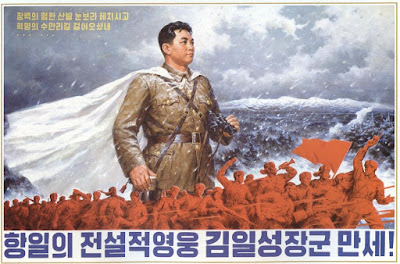