Posted by london communists at 5:13 AM

First of all a word of warning. Despite the snappy title this is not a rank-and-file saga about struggle on the shop floor but rather an academic study of the problems facing workers in the face of a renewed employers’ assault on their terms and conditions.
Written by a team of academics and some union officials this book is packed with historical analysis and useful statistics based on research covering two decades. More precisely this book is a detailed analysis of the unions’ response to “lean production” in the British motor industry. Two of the main contributors, Paul Stewart and Ken Murphy, are pillars of the Automotive Workers’ Research Network. Ken Murphy worked for General Motors for over twenty years and Paul Stewart is Professor of the Sociology of Work and Employment at Strathclyde University in Scotland.
Lean production, devised in Japan and pioneered by Toyota, claims to be an approach which produces world class performance and employee satisfaction. In fact all it consists of is a management programme to replace traditional work-practices with a system that cuts “waste” and tries to use every minute of the workers’ time in the productive process in methods which they call “team work”, “quality circles”, “flexibility” and “just-in-time” production.
It’s a very old game called squeezing as much as you can out of the worker and paying as little as possible in return. In the past organised labour not only regulated pay and conditions but also managed to win significant improvements on the shop floor. Now with the unions crippled by anti-union legislation management has been able to pump up production and impose draconian cuts in pay and conditions.
The book focuses on the unions’ official response and rank-and-file resistance at Vauxhall-GM and Rover/BMW using survey data and discussions with shop-stewards on the front-line. This book is an invaluable aid in the struggle for union officials in manufacturing and beyond as well as providing an important resource for students of industrial relations. It can be readily obtained from any high-street bookshop or ordered from your library.
Posted by london communists at 7:31 AM 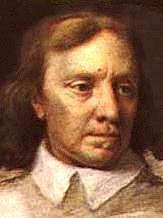 OLIVER CROMWELL, the leader of the English Revolution, died on 3rd September 1658. Cromwell, the MP for Huntingdon, was the leading Parliamentarycommander during the English Civil War which began in 1642 and ended in1649 with the trial and execution of Charles Stuart and the abolition of the monarchy. The Republic of England, or Commonwealth as it was styled in English, was proclaimed soon after.
The fighting had taken a fearful toll in lives and property in England,Wales, Scotland and Ireland. The death toll including civilians came to around 870,000, some 11.6 per cent of the pre-Civil War population. Material damage was immense, particularly in Ireland.In 1653, Oliver Cromwell became head of state, the Lord Protector. Scotlandhad been brought under Commonwealth control. Royalist hopes of acounter-revolution were crushed with the defeat of their forces at the Battle of Worcester in 1651.The democratic movement born from the New Model Army, the Levellers, was crushed by Cromwell’s supporters and the most militant regiments sent toIreland – in a reconquest whose brutality is remembered to this day.Attempts to set up farming co-operatives by the Diggers, another group bornfrom the Army, were also suppressed.
The republic Cromwell led included England, Wales, Scotland and Ireland as well as colonies in New England and the Caribbean. During its brief life the Commonwealth became a force in Europe. Culturally it inspired the great poetry of Milton and Marvell and other radical and pacifist religiousmovements like the Quakers who are still with us today.
Oliver Cromwell died on 3rd September 1658 and was succeeded by his son,Richard. He was neither a politician nor a soldier. Unable to reconcilerepublican generals with the demands of the rich merchants and landownersto curb the influence of the New Model Army, Richard Cromwell resigned thefollowing year. The government collapsed and the monarchy was restored in1660.Oliver Cromwell’s death had been the occasion of genuine mourning. His funeral, modelled on that of the King of Spain, was the biggest London had ever witnessed.Two years later his body was dug up and ritually hanged in public at Tyburn. Those still alive who had signed Charles Stuart’s death warrant were hanged, drawn and quartered. And the “good old cause” they had fought for was buried with them. It was clear that a great revolution had taken place. It is equally clear that it was incomplete.
Posted by london communists at 4:44 PM