Which way forward for Labour? 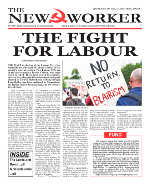 Many hoped for a Corbyn victory in December, or at least a hung parliament in which Labour would play the leading role, and that probably would have been the outcome had Labour had stuck to its pledge to honour the 2016 Brexit referendum. The Tories did and they won. Labour didn’t and they lost.
Labour’s defeat has now led to a degree of dismay and confusion amongst the younger generation who rallied around Jeremy Corbyn’s banner in recent years. Some say that there’s no point in remaining with Labour because whoever takes his place will not follow in his footsteps. Others are making the usual forlorn calls to set up another socialist party that follow a defeat for the labour movement.
But the struggle goes on, and communists have a crucial role in the fight-back in the unions and on the street against austerity and war. Although the election was a disaster for Labour, we must remember that most class battles are won in the field of struggle and not in parliamentary debate. The struggle outside parliament, which is a bourgeois institution, will be far more decisive than the struggle inside the House of Commons.
We have always maintained that peace is the central issue in all our campaigns. We are communists and in order to stop war effectively the peace movement has be an anti-imperialist struggle, not just a pacifist movement. It must become a movement for concrete action to defend peace and oppose imperialist aggression.
The labour and peace movement must step up the fight to bring about the immediate and unconditional withdrawal of all British troops from northern Ireland and every other part of the world, scrap all British nuclear weapons and close down all US bases on our soil. We must ensure that they are never used to attack the legitimate governments of Syria, Iraq and Iran. At the same time, it must mobilise to stop the Government from spending billions on maintaining the needless and useless Trident nuclear weapons system.
The New Communist Party rejects the ‘parliamentary road’ and the electoral politics of the platforms of left social-democratic factions that have tried to challenge Labour in the polls whilst posing as ‘revolutionaries’ on the street. They believe that the only way to defeat social democracy is in fact to imitate it. But the paltry results of all these parties reflect the futility of trying to compete with the Labour Party in bourgeois elections.
We don’t confuse the Labour Party with a revolutionary party nor do we imagine that people’s democracy can be achieved through parliamentary elections. But Jeremy Corbyn’s leadership over the last few years showed that Labour is still a potentially strong weapon for our class and has vindicated our long-held electoral position.
Day-to-day demands for reform, progressive taxation, state welfare and a public sector dedicated to meet the people’s needs are winnable under capitalism, particularly in a rich country such as Britain today. We support these demands and back the demands of those within the Labour Party and the trade union movement who are campaigning for greater social justice. We support those in the Labour Party fighting for left policies. It is part of our struggle for a democratic Labour Party.
We believe that Labour, with its links with the trade unions and the co-operative movement, offers the best option for the working class in the era of bourgeois parliamentary democracy. Our strategy is for working class unity, and our campaigns are focused on defeating the right-wing within the movement and strengthening the left and progressive forces within the Labour Party and the unions.
Posted by london communists at 6:16 PM No comments: Links to this post

A Chinese production of William Shakespeare's masterpiece Hamlet will grace the Beijing stage at the Poly Theatre from 12th–15th March, marking the start of the play's second China tour.
Different from the first tour that themed Our Hamlet in 2018, the production team expected to strike a chord with audiences, said Li Liuyi, director of the play, at a launch event for the tour recently.
"We are open to comments and criticisms," veteran stage actor Pu Cunxin, who is cast as Claudius and the ghost of the late king, said at the event.
The Chinese version stars popular actor Hu Jun, who plays the titular character of the Danish prince.
Considered one of the most influential literary works in the world, Hamlet
depicts the prince's revenge against his uncle, Claudius, who murders Hamlet's father in order to usurp his throne and marry Hamlet's mother.

The Chinese production is the second play directed by Li Liuyi in partnership with the Royal Shakespeare Company (RSC) after King Lear, under the RSC's translation project initiated in 2015.
The translation project aims to make Shakespeare's masterpieces more suitable for modern dramatic presentations and audiences of different cultural backgrounds.
Xinhua
Posted by london communists at 9:28 PM No comments: Links to this post 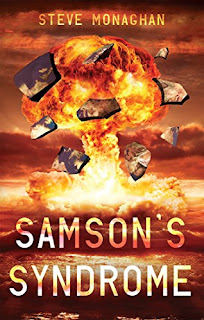 This is very much a political thriller.  John Morton, a journalist on the Guardianesque newspaper The Chronicle finds himself caught up in the fascist coup in Ukraine in 2014 where a fellow journalist, Karl Waggoner, is killed in suspicious circumstances. Meanwhile a Conservative aristocrat, Sir Harold Nevin, attempts to take over the Chronicle. Morton’s desire to investigate his colleague’s death sees his eyes gradually open about the true nature of events in Ukraine and beyond.
The author uses the story to forward a progressive and anti-imperialist narrative around recent world events. This style reminds me of the novels of the great 1930s thriller writer Eric Ambler, who used the thriller genre to expose both links between finance capital and the criminal underworld, and the threat posed by fascism at the time.
Monaghan demolishes the liberal/fake-left notion of an Orange Revolution, arguing that it was not simply a case of far-right groups joining an otherwise peaceful protest but being the main force behind the overthrow of the Ukrainian government.
Some pro-imperialist commentators like to portray Russia as the aggressor in this conflict – in actual fact she played a purely defensive role. Russia has only provided limited support for the anti-fascist people’s republics in eastern Ukraine and the return of Crimea was perfectly legal; were this not the case why did Ukraine not refer the matter to the International Court?
The author takes time to look at the role of the European Union  in the conflict; further reasons for pro-EU types to hang their heads in shame.
The novel is equally an attack on what the author calls the “Corporate Media”, which is able to paint black as white and white as black.  Monaghan explains how large media organisations do more to censor information than to provide it, in order to prevent opposition to conflict as was the case of Vietnam.
He also covers the poor treatment of loyal employees through the character of Shirley Bould, who has worked on the Chronicle for years and who may have trouble finding future employment. Nonetheless, Shirley, the classic underdog figure, finds a role within the story.
But the author’s attempt to use a novel to espouse progressive politics lacks the subtlety of Ambler. This is referred to as ‘Trojan Horse’ fiction. Nevertheless he should be commended for it, although I can hear less progressive critics calling it a piece of Stalinist propaganda. This is both the book’s greatest strength as well as a possible weakness. I urge readers to purchase this novel, which is available on Amazon, or request it at your local library.
Posted by london communists at 9:14 PM No comments: Links to this post