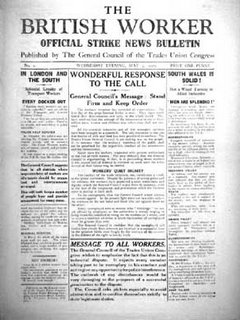 On 16th December 2005 gay men and lesbians held their first national celebration in People’s China. Gay bars, clubs, spas, bathhouses and other meeting places are thriving in the large cities and there is a strong on-line gay community.
Gays in China have adopted the rainbow flag and call each other tongzhi (comrade - people who share the same ideals).
Things have certainly come along way since 1997 when gay behaviour in public places ceased to be legally classed as hooliganism. And it was only in April 2001 that homosexuality was deleted from the list of mental disorders.
In effect homosexuality has been legalised but the situation is still far from perfect. The Government has not yet accepted the need for official gay partnerships, although many expect them to do so before long, and prejudice against gays is still strong.
Opinion on gays in China is contradictory. China has been depicted as on a par with ancient Greece in its acceptance of homosexual activity and it seems the case that they have rarely been systematically persecuted there as they have been in other countries.
Chinese literature has many examples of homosexual love stories and poetry – which horrified the Jesuit missionaries when they arrived. Almost all the emperors of the Western Han dynasty (206 BC-25 AD), for example, are reported to have had male lovers.
In China people generally think that sex is sex and that the gender of the partners makes little difference. There has traditionally been no concept of homosexual activity being sinful from a religious perspective as we have had in the West.
But the Confucian tradition pulls in the other direction. At the heart of Confucianism is devotion to the family and therefore it’s three main crimes are, disobeying your parents, not supporting your parents and, the worst, not continuing the family line.
This last point is of course particularly relevant to gays. Many gay men and lesbians can’t face telling their parents and are overwhelmed with guilt. In a sense the pressure for small families may compound the problem – if you only have one child and they turn out to be gay?...
Most gay people feel forced to try to live a heterosexual life style which often results in misery. And with a gay population estimated to be between 39 million and 52 million that’s a lot of misery.
Sadly it was during the Cultural Revolution (1966-76) that gays in China faced their worst persecution and were labelled mentally ill and hooligans. But today homosexuality is becoming more accepted again and their life-style actually fits in with the government’s drive to reduce the population.
As China continues to move forward, as parents become less dependant on their children in old age, as the gay movement grows and as the government continues to listen, things will continue to improve.
Posted by london communists at 9:06 AM