IN RUSSIA today Joseph Stalin is remembered as a great war-time leader. But he is still reviled by the powers-that-be as a tyrant who had his rivals shot on trumped up charges and sent millions of innocent people to Siberia during the massive purges that swept the Soviet Union in the 1930s. Much of this narrative comes from Stalin’s successor, Nikita Krushchov, whose anti-Stalin critique, which began after the 20th Communist Party Congress, was used to remove and disgrace all those who opposed his revisionist line.
Khrushchov’s lies were used by bourgeois and Trotskyist historians alike to portray this period as the time of "Stalin's terror". Ludicrous figures were given of the numbers sent to labour camps during the crackdown and astronomic numbers were said to have died in the camps. Most claim "millions" perished. The most rabid talk about "25 million" in an effort to equate Stalin with the very real number of people who died on the orders of Adolf Hitler and the German Nazis during the Second World War.

But when the archives were opened up in the 1990s a different picture emerged. Two  academicians discovered that the total number held in the Gulags was much lower, little more than half-a-million, and that most were common criminals. Other Russian academicians are now challenging the very foundations of the myth of the “great terror”. Yuri Emelianov is one of them.
Back in 2012 Emelianov, a social scientist in the Communist Party of the Russian Federation, wrote a series of articles on the purges that were published in Communist Review, the theoretical journal of the Communist Party of Britain. Now an Indian progressive publishing house has made them available to a much larger audience.
The author draws on archival documents and direct past experiences in an attempt to answer the old questions of why did the purges happen and who was to blame for breaches of Soviet legality.
Emilianov starts off by debunking the figures for those executed during the purges and the numbers sent to the Gulags that are regularly trotted out by Russian bourgeois historians, even today. He then looks at the Moscow Trials. Most of this is familiar ground for New Worker readers. Some of it is not.
The purges followed the assassination of Sergei Kirov in Leningrad in 1934. Kirov, regarded as second only to Stalin himself in the Party leadership, was shot dead by an agent of those long opposed to Stalin within the Bolshevik party. Stalin’s enemies within the Soviet leadership were arrested and charged with treason. All the accused confessed to being members of a secret "Block of Rights and Trotskyites" that was responsible for all sorts of anti-Soviet crimes in preparation of a coup to overthrow the Stalin leadership.
Emilianov says that “though some of the accusations were plausible most of them now appear far-fetched”. But he adds:  “Practically no-one in the Soviet Union had doubted the indirect responsibility of the two opposition leaders (Zinoviev and Kamenev)  for Kirov’s murder; so it was easy to believe that both of them, as well as their supporters, were directly involved in organising the murder not only of Kirov but of other Soviet leaders as well.”
The author then startlingly argues that while Stalin was battling against his old foes inside the Party there were other hidden enemies, like Krushchov, who posed as loyalists while encouraging mass arrests to sabotage the new “Stalin” constitution plans for secret ballots and multiple choices at elections.
Emilianov says: “The leaders of the provinces and republics were afraid that they would lose the first general, direct, equal and secret elections with alternative candidates. By resorting to reprisals they wanted to create an atmosphere of Red Terror, characteristic of the situation in Russia during the Civil War. In such an atmosphere it would be impossible to conduct political debates between different candidates but it would be easy to make loud speeches against class enemies.”
Though Emilianov defends Stalin he also criticises the Soviet leader for not bothering to “check many of the dubious accusations made at the Moscow Trials”; condoning false accusations; failing to make a profound analysis of “these tragic events” and not finishing the political reform of the Soviet Union that he, himself, had initiated in the first place.
There is plenty more of this in the profusely illustrated, quality publication from India. It’s an important contribution to the study of Soviet history and it’s available for just £4.50 including postage from:
NCP Lit, PO Box 73, London SW11 2PQ.

or from our online bookshop

Posted by london communists at 5:34 AM No comments: 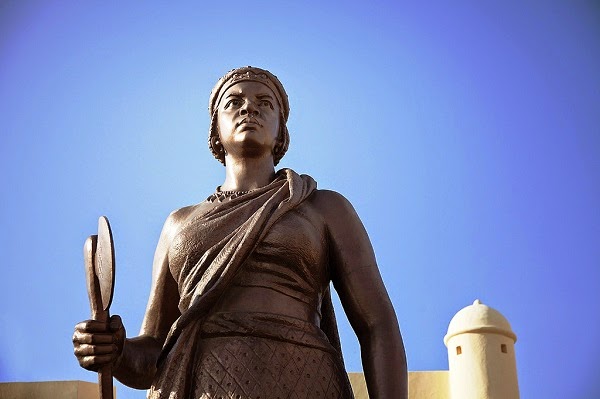 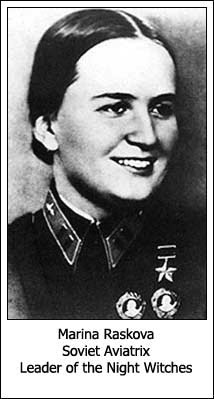 THE NAZIS during the Second World War referred to Soviet women pilots who operated on and around the eastern front as “Nachthexen” (night witches) because the whooshing noise their plywood and canvas airplanes made reminded the Germans of the sound of a witch’s broomstick.
The women who piloted those planes, former crop dusters, took it as a compliment. In 30,000 missions over four years, they dumped 23,000 tons of bombs on the German invaders, ultimately helping to chase them back to Berlin. Any German pilot who downed a “witch” was awarded an Iron Cross.
The 588th Night Bomber Regiment was formed by Colonel Marina Raskova and led by Major Yevdokia Bershanskaya. The women pilots, all volunteers and most in their teens and early 20s, became legends of the Second World War II but are now largely forgotten. Flying only in the dark, they had no parachutes, guns, radios or radar, only maps and compasses. If hit by tracer bullets, their planes would burn like sheets of paper."
Later they became known as the 46th Taman Guards Night Bomber Aviation Regiment of the Soviet Air Force. The word Taman referred to the unit's involvement in two celebrated Soviet victories on the Taman Peninsula during 1943.
The regiment flew harassment bombing and precision bombing missions against the German military from 1942 to the end of the war.
At its largest size, it had 40 two-person crews. It was the most highly decorated female unit in the Soviet Air Force, each pilot having flown over 800 missions by the end of the war and 23 having been awarded the Hero of the Soviet Union title. Thirty of its members died in combat.
The regiment flew in wood and canvas Polikarpov Po-2 biplanes, a 1928 design intended for use as training aircraft and for crop-dusting, and to this day the most-produced biplane in all of aviation history.
The planes could carry only six bombs at a time, so multiple missions per night were necessary. Although the aircraft were obsolete and slow, the pilots made daring use of their exceptional manoeuvrebility; they had the advantage of having a maximum speed that was lower than the stall speed of both the Messerschmitt Bf 109 and the Focke-Wulf Fw 190, and as a result, the German pilots found them very difficult to shoot down.
An attack technique of the night bombers was to idle the engine near the target and glide to the bomb release point, with only wind noise to reveal their location. German soldiers likened the sound to broomsticks and named the pilots "Night Witches." Due to the weight of the bombs and the low altitude of flight, the pilots carried no parachutes.
From June 1942 the 588th Night Bomber Regiment was within the 4th Air Army. In February 1943 the regiment was honoured with a reorganisation into the 46th Guards Night Bomber Aviation Regiment and in October 1943 it became the 46th "Taman" Guards Night Bomber Aviation Regiment.
Posted by london communists at 3:50 PM No comments: