Donald Trump, the US president, has signed a declaration recognising Israel’s sovereignty over the Golan Heights seized from Syria during the Arab-Israeli war in 1967. At a joint press conference in Washington with Israeli leader Benjamin Netanyahu, the chief American war-lord hailed what he called the “powerful” relationship between the USA and Israel, whilst Netanyahu called the signing “historic justice” and a “diplomatic victory”.
This pointless and meaningless gesture was in fact neither “historic” nor a “victory”. It may garner a few more votes for Netanyahu in the Israeli elections next month but it does nothing to change the status of the Heights, which is the home to 27,000 Syrians.
The United Nations has long ruled that Israel’s unilateral annexation in 1981 was “null and void” and the Arab League says: “The American announcement does not change the legal status of the Golan in any way.” Not one of Trump’s European allies has backed the Americans over the Golan Heights. It was even too much for America’s feudal Arab clients to swallow; Qatar and Kuwait have condemned Trump’s action together with the Emirates and Saudi Arabia.
Donald Trump may have shocked the world by winning the US presidential race in 2016 but what has he achieved since then?
Congressional opposition has thwarted his plans to tear up Medicare, the American national health insurance programme, and blocked funding for ‘Trump’s Wall’ that he vowed to build to keep out illegal immigrants. He did get the promised tax-breaks for the big corporations and the elite through, but only because that was the only thing that unites the two major bourgeois parties in the American legislature.
Trump’s band of followers make no secret of their leader’s lust for glory. He claims to be a great negotiator. He wants a Nobel Peace Prize. But he’s achieved nothing in the international arena.
Like a lot of other vain men, Trump assumes everyone is as stupid as himself. He therefore cannot understand why he came back empty-handed from the last summit with Democratic Korean leader Kim Jong Un nor why his crude attempts to replace the Venezuelan leader with a craven puppet of his own have come to nothing.
Jared Kushner, Trump's son-in-law and White House senior adviser, has spent the last two years trying to cajole the feudal Arab oil princes into supporting a Middle East “peace plan” that Trump calls the “deal of the century”. Although nothing has been published, leaked details suggest that it will give nothing of any substance to the Palestinians apart from some monetary compensation that the Saudis were expected to provide. Now even that may not be forthcoming.
The US decision to recognise Israel’s annexation of the Golan Heights has been condemned by the Speaker of the Russian Duma. “All members of the international community should voice their stand on the matter,” Vyacheslav Volodin said during the meeting with Lebanese President Michel Aoun in the Kremlin this week. Such a development could lead to a situation where “everyone is fighting each other”, he said. “The rule of force would dominate. This is a highway to war.”
Trump’s stance on the Golan Heights, like his earlier recognition of Israel’s annexation of Arab Jerusalem, is a threat to world peace. It is an illegal, criminal act. Arab land belongs the Arab people. It is not Trump’s to give.
Posted by london communists at 4:36 AM No comments:

Throughout its history Zionist leaders have licked the boots of whatever capitalist Great Power seemed to serve their interests. The tail does not wag the dog, and Israel and the American ‘Zionist lobby’ do not dictate American foreign policy. They serve it. They provided US imperialism with a convenient alibi to play the role of ‘honest broker’ in the Middle East. They enable the feudal Arab oil princes, whose thrones are propped up by imperialist bayonets, to claim that the Arabs’ enemy is not imperialism as such but Israel and this supposedly all-powerful ‘Zionist lobby’, which pulls the strings in the USA. The 1979 entry for Zionism in the Great Soviet Encyclopedia spells this out in detail.

White Gold: A not so golden age 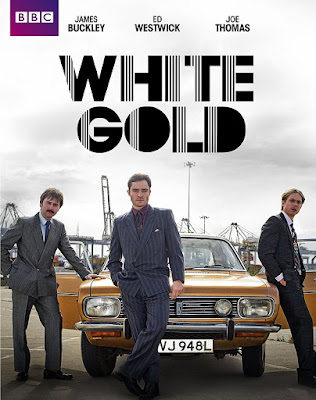 The 1980s were a dreadful decade. After the rather promising 1970s they saw massive defeats for the working class both in Britain and internationally.
At home we witnessed the defeat of the miners and print workers. Internationally we saw progressive governments under siege in Afghanistan, Nicaragua and Angola. The decade ended with the counter-revolutions resulting from the treacherous policies of Mikhail Gorbachov.
Unfortunately, the 1980s had no redeeming features. In terms of film and television the decade was noted for a string of dreadful teen movies and we also saw the Australian soap opera Neighbours came to Britain. For music buffs the most prominent artist of the decade was Madonna. Even the clothes were bad; they resembled a cross between Alan Partridge’s Sports Casual Wear and prison uniforms.
The period was also noted for the myth that you could make large amounts of money knocking on people’s doors selling products such as life insurance, double glazing and various other home improvements.
Home improvements were a growth industry as home owners were encouraged to spend hard earned (often through overtime) money in DIY stores. The so-called home-improvement boom was partly encouraged by the sale of council houses at knock-down prices. This is the basis for the BBC2 Wednesday night black comedy White Gold; a programme, now in its second series, centring around a fictional double-glazing firm called Cachet based in early 1980s Essex.
The lead character in White Gold is head salesman Vincent Swan. Swan is as a wide-boy and social-climber who uses dishonest and probably illegal tactics to sell double glazing and now conservatories. In many ways the ultimate anti-hero.
Played by Ed Westwick, Swan regularly breaks the fourth wall by interrupting the script to talk directly to the audience. This is intended to give the audience an insight both to the plot and to explain Swan’s highly individualistic world view. He runs a team of social misfits and drop-outs who lack the competence to run a school tuck shop.
In the first series Swan had an extra-marital affair with his child’s primary school teacher whilst his wife became involved with a member of his sales team – a plot-line that may re-emerge in this series.
In episode two of the second series (13 March 2019) Cachet attempts to use a Page Three model to promote their business only to find themselves, through a series of mishaps, with the snooker player Steve Davis – a man not known for being exciting.
The series is worth watching, if only as an epitaph to a particularly unpleasant decade.
The programme raises the issue of organised crime’s involvement in the so-called enterprise culture of the 1980s. At the end of the first series Cachet was bought by an Essex gangster. Was this something the Thatcher government tolerated? It was after all a time when the police were needed elsewhere. Did the Tory government turn a blind eye to what was effectively money laundering?
In a television interview Thatcher admitted turning a blind eye to the black economy, where people often worked and claimed benefits at the same time. Allowing people to get away with what was technically fraud acted as a safety valve limiting potential opposition, although this was an improvement on today’s benefits system where claimants are sanctioned at the drop of a hat.
On a personal note, I was at school for most of the 1980s. In the early 1990s I found myself working for a company selling fitted kitchens door to door. In the two or so weeks before my somewhat heated resignation I earned less than £100. Myself and the other young people would be driven to random parts of Southern England and were given pep-talks telling us that our lack of motivation and drive were the only things blocking us from acquiring unlimited wealth.
I was told by a fellow employee that our employer, who bore sticking similarities to Vincent Swan, offered to pay him his sales commission in marijuana. Further proof that the ‘enterprise culture’ was nothing but a cover for crime and degenerate behaviour.
Posted by london communists at 9:08 AM No comments: