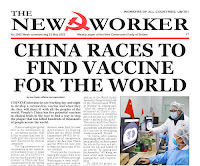 Whilst Boris Johnson wants most schools in Britain to re-open next month his own alma mater, Eton College, will remain closed until September. The country’s paramount public school, along with most of the other top fee-paying secondary schools, will only re-open when the college authorities think it’s safe to do so in the autumn. Schools that cater for the children of the ruling class are not prepared to put the health of their pupils and staff at risk during the coronavirus crisis. But it’s another matter for the plebs as far as the Johnson government is concerned. Workers’ kids are expected to go back to school in June despite the continuing risk of infection to pupils and teachers.
Five former Tory and Labour education ministers along with the odious Tony Blair are supporting the Government’s plans for re-opening schools in phases. Gavin Williamson, the current Education Secretary, says the plan is based on scientific advice – but this confidence is not shared by the teaching unions nor the medical profession.
Teaching unions have rejected the plans, saying teachers and children would be at risk of catching the disease and accelerating its spread back out into the community.
The British Medical Association (BMA) says that the number of coronavirus cases is still too high to open schools safely, whilst the teaching unions say schools should only be reopened when they can safely do so.
The 300,000 strong NASUWT teachers’ union warned the government that it will have to do more to win the trust of teachers, after a poll of almost 30,000 members found that just five per cent believed it was safe for more children to return to schools in England from 1st  June. The National Education Union (NEU), the largest teaching union in the UK, says wider opening should only happen when national tests are met and there is full compliance with the union’s health checklist.
No wonder there’s widespread opposition on the street to the Johnson plan, despite the best efforts of the bourgeois media to drum up support for a general return to work in the education sector.
Liverpool and Hartlepool councils have flatly refused to implement the return to school plan, and at least another eight mostly Labour-run councils have joined them, whilst others have expressed similar concerns over safety and timing.
Some 1,500 English primary schools are now expected to remain closed in 12 days’ time and the Government concedes that the re-opening date will now not be ‘uniform’ across England.
The Prime Minister announced the phased re-opening of schools in a statement on 10th May that Jeremy Corbyn’s supporters in Parliament said was “a thinly veiled declaration of class war from a government that has chosen to put the economic demands of some sections of big business above the welfare of the country”. The Socialist Campaign Group MPs said: “Protecting the people is the first duty of any government and the government is failing to do so. Wherever trade unions are forced to step in to take action against bosses who put their members’ health at risk they will have our full and unwavering support.”
Schools should only open with the agreement of the teaching unions. Schools should only open when it's safe.
Posted by london communists at 5:05 AM No comments: Links to this post 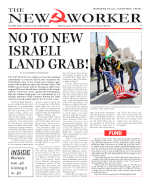 So now we’re to “Stay alert, Control the virus, Save lives” and follow new emergency health guidelines that sent confusing signals to the public last weekend. Boris Johnson tells us that everyone who cannot work from home should now be “actively encouraged” to return to work.
The Prime Minister says we can spend as long as we like in the parks and meet with one other person from outside our own household providing we stay outdoors. But his deputy Dominic Raab got into a hopeless muddle about the size and nature of such gatherings when talking to the BBC the following day.
We’re told avoid public transport and walk or cycle to work if possible. Whilst the current subsidies for furloughed workers and the self-employed will continue in the near future the Government is clearly preparing to phase them out. Ministers say the death toll and the rate of infection is going down whilst scientists warn that a premature easing of restrictions could lead to a “second wave” of the coronavirus plague.
No wonder Len McCluskey, the general secretary of Unite the Union, says “millions of people” would be “dumbfounded” by the Government’s plan. The leader of the largest union in the country said: “The Prime Minister's response last night was both confusing and disbelieving…listening to Dominic Raab, I'm wondering why we didn't wait until we've seen the 50-page document and the guidelines that are about to come out before there was any indication about going back to work.”
Meanwhile NHS staff, transport and care home workers risk their lives because of the scandalous lack of personal protective equipment whilst hundreds die in hospital every day as the deadly infection continues to sweep across the country.
More and more people are beginning to see through Johnson’s fake bonhomie these days. Far from being the new Churchill of his dreams, he is nothing more than a political charlatan who cannot come to grips with the enormity of the crisis the country is in. Labour should be running rings around him. Sadly Sir Keir Starmer is just not up to it.
Starmer’s wooden performance in parliament and his apparent lack of empathy with the working people he claims to lead have failed to inspire the millions that once rallied to Labour under Jeremy Corbyn. Some even say, not only in jest, that Piers Morgan who regularly demolishes Tory ministers who dare to appear on his breakfast TV slot would make a better opposition leader than Starmer despite the fact that Morgan voted Conservative at the last election.
Government figures say that some 40,000 people have died, so far, from the coronavirus infection. Others say the real death-toll, when all the deaths in care homes are factored in, is much, much higher. What is certain is that Britain has the highest death rate in the whole of Europe.
The easing of the lock-down has led to a surge in the numbers returning to work in central London. Trains and buses are, once again, packed in the rush hours, firing fears that a new round of infection will spread like wild-fire across the capital.
The first line of defence is the trade unions. Every employer should ensure protective clothing for their staff and provide their work-force with a coronavirus-secure risk assessment. No one should lose their job because of the crisis. No one should go back to work without the agreement of the unions.
Posted by london communists at 3:47 AM No comments: Links to this post 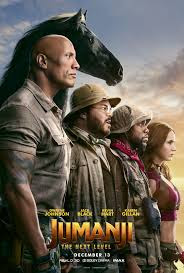 One of the effects of this lockdown, along with reductions in shoplifting, football hooliganism, school bullying, bar brawls and road rage, is the closure of cinemas making the job of an entertainment correspondent more difficult. But we will survive as long as there are DVDs and streaming!
Jumanji The Next Level is the sequel to Jumanji Welcome to The Jungle and we see the same four US high school students a year later from where we left off.
They find themselves on gap years in Costa Rica, working in convenience stores and trying to find themselves as young folk do. Soon, out of a mixture of bad luck and stupidity, they find themselves back in a 1990s computer game. Good directing makes use of music to show that we are about to re-enter this alternate reality consisting of jungle, mountain ranges, frozen wasteland and strange Third-World like cites. This time they are joined by two senior citizens who need to be reminded continuously that they are in a computer game and not New Hampshire or dead; I’m not sure if there is a similarity.
Our elderly gamers, who include one of the original player’s grandfathers Eddie (played by Danny DeVito) and his friend Milo (played by Danny Glover), turn out to be an asset when they finally realise they are in a game. Meanwhile the younger players look like experienced veterans, a form of role reversal. Another form of reversal is that players on entering the game are given characters with different genders to themselves.
When reviewing the original film this column argued that the game represents the USA’s adventures outside its own borders. This is something referred to by those of us on the real left as imperialism, a system far worse than any phobia. The villains resemble Russians with a hint of Game of Throne characters, whilst the wild animals that impede their progress, ostriches, hippos, anacondas and hyenas are not native to the USA. Even worse, the ostriches are taller than the players and hippos eat people whole. After all, it is only a game.
We have a non-player character intended to resemble a Latin American beauty with an abusive husband – and we all know that USA has been saving Latin American women from evil men since the Monroe Doctrine in 1823. Another non-player character resembles an upper-class Brit, often, but not always, willing allies of US imperialism.
The gang’s back. The game has changed. But it’s still the same old song...
Jumanji The Next Level was released in the UK last year, and is now out on DVD and available on Amazon Prime.
Posted by london communists at 9:37 AM No comments: Links to this post