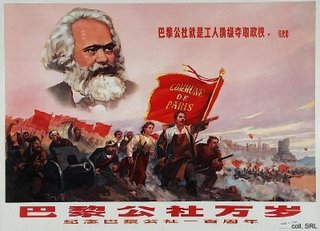 An Easter walk to Spain

During the Easter week-end about 70 men and women went to Perpignan in France and then over the Pyrenees to Figueres in Spain.
The walk was to commemorate and celebrate the way so many of the men and women went to defend the legally elected Spanish Republican government’s fight against the fascist Franco, who was supported by Hitler and Mussolini. They went by train and then climbed over the mountains between France and Spain.
That was 70 years ago in 1936 which was also the year the International Brigades were formed.
The commemoration walk started on Good Friday with a gathering at the National Memorial to the International Brigaders in Jubilee Gardens, London.
We travelled to Perpignan by train as the original fighters did. On Saturday we gathered at the memorial plaque to the Republican fighters at Super-las-Illas on the French side.
A wreath in the Republican colours was laid. There were speeches: one by Serge Barba of the FFREEE (Sons and daughters of Spanish Republicans and Children of the Exodus). This is an organisation of Republicans who fled Spain in 1939 and were never able to return.
After refreshments the walk began. Some walked 10 kilometres and some 15k. A few of us were taken up by mini bus to the frontier between France and Spain at Coll de Mannell.
We had three Brigaders with us: Jack Jones, 93 years old, Jack Edwards 92 and Bob Doyle 90 years old. All of them had gone over these mountains to join the fight.
At the border there is a Monument to Lluis Companys who was the Catalan President during the Republic. He went to France as a refugee and was captured by the Nazis and sent back to Spain and, on the orders of Franco, was executed in Barcelona in 1940. There were speeches and a wreath was laid. We then continued on to Figueres by coach.
On Sunday morning we went to the Castell de Sant Ferran. This is the castle where the Brigaders coming over the mountain were taken after their crossing and started their training. A commemorative plaque was unveiled and a wreath was laid. The plaque is in four languages: French, English, Spanish and Catalan. A meeting was held in the castle with speeches and songs.
At these various places throughout the visit the group was joined by local mayors, dignitaries and representatives of towns and villages and government, who made speeches and welcomed us. There were also representatives of organisations with similar aims as the International Brigades Memorial Trust, the Spanish Amigos and the German Association of the Friends of the International Brigade.
On reflection it is difficult to believe how those men managed that climb up those sheer wooded mountain sides in Alpargatas, in silence joined either by a hand on the shoulder of the man in front or a string connecting each person – in the pitch dark.
It took all night and was fraught with danger. My father had to do it twice because near the top they were fired on and so they had to go down and back up the next night.
I personally found it a very moving experience. The majority of them had never been further south than Brighton; most of them did not speak another language. They had to deal with the CID at Victoria station as they were leaving for their “week-end in Paris” and then the French police through France.
But there are many stories of the French working class showing their solidarity while their governments showed only their Non-intervention betrayal.
Posted by london communists at 11:28 AM

Spanish communists on the march!

OVER 200 delegates and observers gathered in Madrid last weekend for the 8th Congress of the Communist Party of the Peoples of Spain (PCPE). Communists from all parts of Spain together with some 20 observers from liberation movements and fraternal parties including the New Communist Party of Britain spoke at this congress that will chart the future of the Spanish communist movement for the next four years.
The PCPE was founded in 1984 during the struggle against the “euro-communist” revisionist trend that dominated the old Spanish Communist Party (PCE) which was legalised when the fascist dictatorship ended with the death of General Franco and the restoration of a “constitutional” monarchy in 1975.
Since then the Spanish political scene has been dominated by the reactionary People’s Party and the social-democratic Socialists, who currently hold the government with the support of the “United Left”, a PCE front.
PCPE membership has grown along with its influence in recent years through its work in the labour movement, its opposition to the proposed EU constitution and the campaign for the withdrawal of all Spanish troops from Iraq that was met when the Socialists won the general election last year. This was reflected in the discussion which focused on the current situation in the world today and the key campaigning issues that face the Spanish working class.
The first demand is for a democratic confederal socialist republic that would recognise and guarantee the rights of the Basques, Catalans and all the other peoples of Spain. Building the left alternative to the class collaborationist policies of the social-democrats and their revisionist allies is another priority, along with the need to build a militant union bloc to challenge the dominance of social democracy in the Spanish labour movement.
“We are especially pleased to be here at this important juncture in your party’s life as we are old friends going back over 20 years,” NCP general secretary Andy Brooks said in his address to the congress. “Both our parties were born from the anti-revisionist struggle within the European communist movement. In those days we were a minority. Today, in the wake of the counter-revolutions in the Soviet Union and Eastern Europe, our view-point has won general acceptance,” the NCP leader declared. “Let us all work for a global anti-imperialist peace movement to shake the whole rotten edifice of imperialism to the ground and at the same time let us fight together to rebuild the world communist movement for socialist advance in the 21st century,” he concluded.
Many of the fraternal guests marched behind the Spanish communist banners during the massive 60,000 strong May Day march through the Spanish capital that reflected the militancy and strength of the Spanish union movement.
During the Congress Andy Brooks had talks with the PCPE leadership and discussions with a number of other communist parties represented at the congress.
Posted by london communists at 11:27 AM 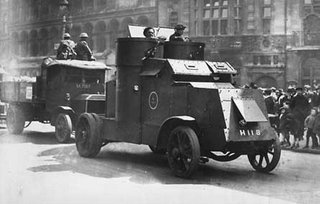 ‘We are in danger. A united enemy is knocking at the gate...’