OLIVER CROMWELL, the leader of the bourgeois English Revolution, died on 3rd September 1658. Cromwell, the MP for Huntingdon, was the leading Parliamentary commander during the English Civil War, which began in 1642 and ended in 1649 with the trial and execution of Charles Stuart and the abolition of the monarchy. The Republic of England, or Commonwealth as it was styled in English, was proclaimed soon after.
In 1653 Oliver became head of state, the Lord Protector. By then the republic Cromwell led included England, Wales, Scotland and Ireland as well as colonies in New England and the Caribbean. During its brief life the Commonwealth became a force in Europe. Culturally it inspired the great poetry of Milton and Marvell and other radical and pacifist religious movements like the Quakers who are still with us today.
Oliver Cromwell was succeeded by his son, Richard, who was neither a politician nor a soldier. Unable to reconcile republican generals with the demands of the rich merchants and landowners to curb the influence of the New Model Army, Richard Cromwell resigned the following year. The government collapsed. The monarchy was restored in 1660 and the New Model Army was dissolved.
Monarchists see Cromwell as an upstart general who made himself dictator through the might of his New Model Army. For some Protestants Cromwell is still a religious reformer who fought for freedom of conscience for all faiths apart from Catholicism. Many in the Jewish community still remember Cromwell as the leader who allowed Jews to live, worship and work in England for the first time since the pogroms of 1290. But for the bourgeoisie Oliver is best forgotten, even though their ascendancy began when their ancestors took up the gun in the 1640s.
The ruling class abhor revolutionary change today because it threatens their own domination so they naturally deny that their class ever came to power through it in the first place. For them the English republic is an aberration, a temporary blip in the steady advance of bourgeois progress which is the myth they teach us in school. If they elevate anything at all it is the “glorious revolution” of 1688 when the last of the Stuarts was deposed and replaced by a king of their own choosing. Though not as bloodless as they claimed – plenty was shed in Ireland – the establishment of a monarchy that was the gift of Parliament was achieved without the involvement of the masses, which was precisely what was intended.
Engels said that Cromwell was the “Robespierre and Napoleon rolled into one” of the English bourgeois revolution. This is what the Great Soviet Encyclopaedia had to say in its day:

Cromwell was born into a middle gentry family and began his political activity in 1628, when he was first elected to the House of Commons. Nevertheless, within the ranks of the Parliamentary opposition to Stuart absolutism Cromwell became well known only with the convocation in 1640 of the “Long Parliament,” in which he spoke out as an advocate of the interests of the bourgeoisie and the new gentry.
With the beginning of the first civil war against the king (1642 – 46), Cromwell with the rank of captain became head (in September 1642) of a volunteer cavalry detachment. Cromwell strongly advocated the democratisation of the Parliamentary army, and he wanted to attract to it those who would fight against the king out of conviction rather than as mercenaries. In seeking out such “soldiers of God,” Cromwell turned to the yeomanry of eastern England, who were devout Puritans and hostile to outmoded feudal orders.
Cromwell’s peasant cavalry (he commanded a cavalry regiment from the beginning of 1643) soon merited its nickname of “Ironsides” because of its tenacity and discipline. It became the nucleus of the Parliamentary army, which was reorganised upon Cromwell’s initiative at the beginning of 1645 (the “New Model Army”) and in which Cromwell was deputy commander in chief with the rank of lieutenant general. Cromwell’s skill as a general was most clearly manifested in the decisive battles of the first civil war — at Marston Moor (2nd July 1644) and at Naseby (14th June 1645), where it was Cromwell’s cavalry that decided the success of these battles.
Although during the first civil war Cromwell reflected to a considerable degree the mood of the revolutionary democracy in the Parliamentary camp, after the victory over the king and the latter’s imprisonment, he retarded and restrained the movement of the popular masses.
This led to a fierce struggle between Cromwell and the Levellers (1647). Caught between three political forces in 1647 — the Presbyterian majority in Parliament, the army, and the imprisoned king — Cromwell showed himself to be a resourceful and evasive politician. Using the army as his principal support, he carried on secret negotiations with the king at the same time, and he dealt harshly with disturbances among the soldiers.
When at the beginning of the second civil war (1648) Cromwell again needed the support of the masses, he made a temporary alliance with the Levellers. In 1648 he captured London, and with the aid of his soldiers he purged the House of Commons of the openly outspoken royalists (”Pride’s Purge” of 6th December 1648). Under pressure from the lower classes, Cromwell was compelled to agree to the trial and execution of the king, the abolition of the monarchy and the House of Lords, and the proclamation of England as a republic. However the republic that was declared in May 1649 was in fact a dictatorship by the so-called Meek Independents, headed by Cromwell.
The smashing of the Levellers’ uprising and the Diggers’ movement in England itself, the extremely harsh military expedition against rebellious Ireland (1649–50), Cromwell’s Scottish campaign (1650–51), and the plundering of Irish lands all testified to Cromwell’s transformation into the Napoleon of the English Revolution. By his growing conservatism and his hostility to the democratic aspirations of the masses Cromwell merited the trust of the bourgeoisie and the new gentry.
Officially appointed by Parliament in May 1650 as lord general and commander in chief of all the republic’s armed forces, Cromwell proceeded to establish his own personal dictatorship. On 20th April 1653 he dissolved “the Rump” of the Long Parliament; in December 1653 he was proclaimed lord protector of England, Ireland, and Scotland. This protectorate regime transformed Cromwell into the de facto sovereign ruler of the country, the military might of which, forged during the course of the Revolution, was now placed at the service of the bourgeoisie’s trade and colonial expansion.
Cromwell’s outward grandeur, which reached its apex during these years, could not, however, conceal the weakness of the protectorate system. The class allies who had come to power strove to erect a more tenable barrier against the claims of the popular masses. Famed for his reputation as a regicide, Cromwell was in their eyes an insufficient guarantee against the common people. Cromwell’s right-wing enemies prepared secretly for a restoration of the Stuarts. By his own open anti-democratism Cromwell himself facilitated and expedited this restoration, which was carried out in 1660, shortly after Cromwell’s death.

Posted by london communists at 6:41 AM No comments: 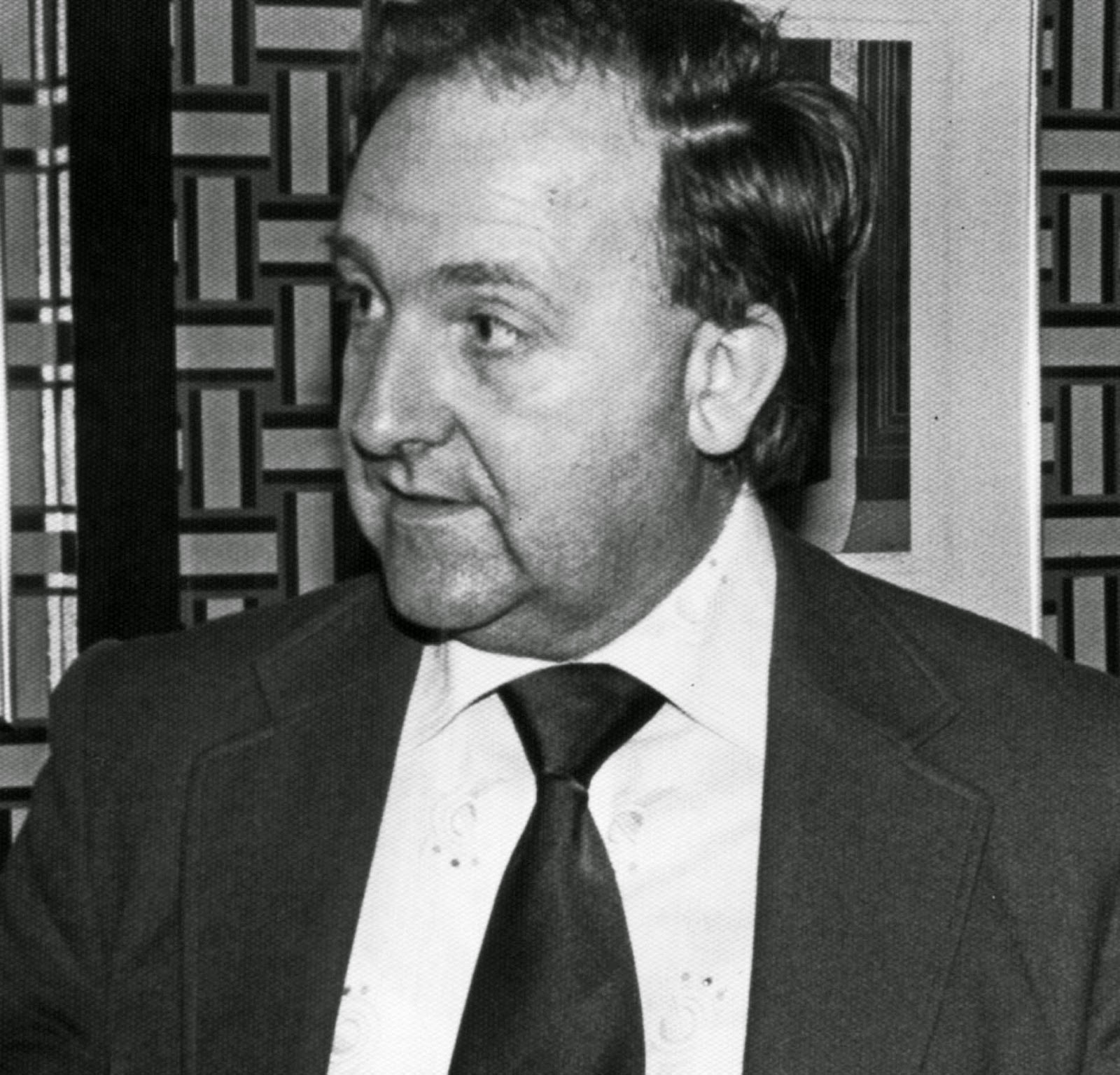 Eric Trevett, the President of the New Communist Party of Britain, passed away on Saturday 6th September. A life-long communist, internationalist and peace campaigner, Eric worked with Sid French for many years in the struggle against revisionism within the old Communist Party of Great Britain. Eric was a founder member of the NCPB in 1977 and he was elected general secretary of the Party following the death of Sid French in 1979. He held that post until his retirement from full-time party work in 1995.
He was subsequently elected president of the NCPB, a post he held until his death last weekend. Eric suffered from Parkinson's Disease, which increasingly limited his mobility. But only this year he helped to set up a new pensioners' association in his locality while encouraging the workers to join a union at his residential care-home. He will be sadly missed.
Posted by london communists at 9:09 AM No comments: