Solidarity with the Communists of Greece

​
We, the communist and workers parties that sign this statement express our solidarity with the communists of Greece in the face of the difficult electoral battle on the 20th of September.
We call on the workers, the youth, the popular strata of Greece to strengthen the KKE at the ballot box as well. As it is the KKE that militantly defends their rights all these years, against the anti-people policies of the governments, the EU and IMF.
The increase of the KKE’s forces is what guarantees the strengthening and effectiveness of the struggles of the Greek people for the rights of the working class and the popular strata, for the overthrow of capitalist barbarity, for workers’-people’s power.

Posted by london communists at 1:28 PM No comments: 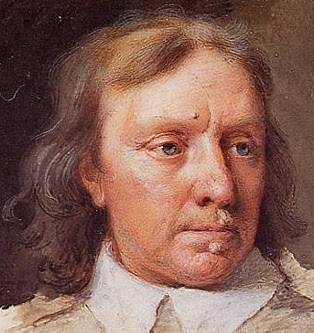 OLIVER CROMWELL, the leader of the bourgeois English Revolution, died on 3rd September 1658. Cromwell, the MP for Huntingdon, was the leading Parliamentary commander during the English Civil War, which began in 1642 and ended in 1649 with the trial and execution of Charles Stuart and the abolition of the monarchy. The Republic of England, or Commonwealth as it was styled in English, was proclaimed soon after.
In 1653 Oliver became head of state, the Lord Protector. By then the republic Cromwell led included England, Wales, Scotland and Ireland as well as colonies in New England and the Caribbean. During its brief life the Commonwealth became a force in Europe. Culturally it inspired the great poetry of John Milton and Andrew Marvell and other radical and pacifist religious movements like the Quakers who are still with us today.
Oliver Cromwell was succeeded by his son, Richard, who was neither a politician nor a soldier. Unable to reconcile republican generals with the demands of the rich merchants and landowners to curb the influence of the New Model Army, Richard Cromwell resigned the following year. The government collapsed. The monarchy was restored in 1660 and the New Model Army was dissolved.
Monarchists see Cromwell as an upstart general who made himself dictator through the might of his New Model Army. For some Protestants Cromwell is still a religious reformer who fought for freedom of conscience for all faiths apart from Catholicism. Many in the Jewish community still remember Cromwell as the leader who allowed Jews to live, worship and work in England for the first time since the pogroms of 1290. But for the bourgeoisie Oliver is best forgotten, even though their ascendancy began when their ancestors took up the gun in the 1640s.
As Lenin said in 1918: “The British bourgeoisie have forgotten their 1649, the French bourgeoisie have forgotten their 1793. Terror was just and legitimate when the bourgeoisie resorted to it for their own benefit against feudalism. Terror became monstrous and criminal when the workers and poor peasants dared to use it against the bourgeoisie! Terror was just and legitimate when used for the purpose of substituting one exploiting minority for another exploiting minority. Terror became monstrous and criminal when it began to be used for the purpose of overthrowing every exploiting minority, to be used in the interests of the vast actual majority, in the interests of the proletariat and semi-proletariat, the working class and the poor peasants!”
The ruling class abhor revolutionary change today because it threatens their own domination so they naturally deny that their class ever came to power through it in the first place. For them the English republic is an aberration, a temporary blip in the steady advance of bourgeois progress which is the myth they teach us in school. If they elevate anything at all it is the “glorious revolution” of 1688 when the last of the Stuarts was deposed and replaced by a king of their own choosing. Though not as bloodless as they claimed – plenty was shed in Ireland – the establishment of a monarchy that was the gift of Parliament was achieved without the involvement of the masses, which was precisely what was intended.
Posted by london communists at 9:15 AM No comments: