The greatness of Lenin 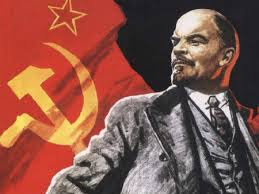 This week communists marked the 150th anniversary of the birth of Vladimir Illych Lenin, the Bolshevik leader who led the working people of Russia in their struggle to overthrow the hated Czarist regime and establish the first workers’ and peasants republic in the entire history of humanity.
Lenin led the revolutionary upsurge that swept the old guard out in 1917 and established workers’ power in what would soon be called the Soviet Union. The Great October Socialist Revolution ushered in a period in which a sixth of the world would throw off the yoke of capitalism. For the first time in history the oppressed seized the reins of state power and began the task of building socialism.
Soviet power was proclaimed by the Congress of Soviets on 25th October 1917. The old state machine was abolished and elected Soviet workers’ councils were established in the villages, factories and military units. Free education was introduced in all the languages of the peoples of the former Russian empire and the people started to build a new socialist society.
The peaceful progress of the young republic was cut short, however, by counter-revolutionary forces led by senior military officers from the old regime and supported by reactionary religious leaders, rich peasants known as kulaks and sections of the privileged intelligentsia. They were armed and funded by the imperialists who sent expeditionary forces to try to crush the revolution they feared would bring down the entire capitalist system.
Lenin and the Bolsheviks relied on the determination of the workers and peasants to defend their revolution whatever the cost. They did, and Lenin led the Red Army to victory over the White Guards and their imperialist backers in the Civil War that ended in 1921 with the total defeat of the Whites and the establishment of Soviet power throughout virtually all of the former Czarist empire. The Union of Soviet Socialist Republics (USSR) was proclaimed the following year.
Lenin proved that you could build socialism in one state. In his study of capitalism at its imperialist stage he concluded: “Uneven economic and political development is an absolute law of capitalism. Hence, the victory of socialism is possible first in several or even in one capitalist country alone.”
Lenin explained that the world socialist revolution would consist of several stages separated by longer or shorter periods of time. Revolutions in individual countries would emerge as relatively independent links in a single world-wide socialist revolution that embraces an entire epoch in history.
The Russian revolution, with its call for peace and socialism, fired the mass movements that led to the uprisings in Germany that brought the First World War to an end in 1918. The next generation ended the Second World War with Hitler dead in his bunker and the Red Flag flying over the Reichstag in Berlin.
The colossal achievements of the Soviet Union led by Lenin and Stalin were living proof of the validity of the socialist system. The Soviets swept out the capitalists and land-owners, and unleashed the immense potential of the workers and peasants to build a new life for themselves.
Lenin inspired Russia’s workers and peasants to take up the gun to end Czarism in 1917. They won the civil war, and fought tooth and nail to defeat and destroy Nazi Germany in the Second World War. The communists who followed in his footsteps, like the Chinese, Korean, Laotian and Vietnamese people, defeated imperialism to build a better tomorrow in Asia. The 1917 revolution inspired the Cubans and the countless millions throughout the Third World who fought to smash the old colonial system that enslaved so much of the world in the last century.
The immense contributions of the former Soviet Union in war and peace and science and culture cannot be concealed nor denied. Like Lenin, we have every reason to face the future with confidence and enthusiasm!
Posted by london communists at 3:14 AM