The New Worker on sale in London

The New Worker is available in London at:

Send your cheque or postal order with your order to:

Or order online
Posted by london communists at 3:14 AM No comments: 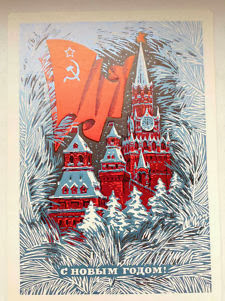 Posted by london communists at 10:05 AM No comments:

Ray Davies needs little introduction to New Worker readers. Seldom does a week go by without a letter from the veteran Labour councillor and peace campaigner or a report about the Côr Cochion Caerdydd (Cardiff Reds Choir) that Ray has  played a major part for many years.


But older readers will also remember his tremendous efforts in the anti-poll tax campaign and the epic miners’ strike from the New Worker reports from the late Denis Martin, the NCP comrade who worked closely with Ray on the Rhymney Valley Miners Support Group during the 12 month strike that tragically ended in defeat in 1985.
Ray was persuaded by fellow members of the support group to write this memoir about how the rock-solid miners and the local community closed ranks around the pickets to raise the money and food that sustained the strike through the bitter years of the Thatcher era.
Ray had first-hand experience of life in the pits as a boy miner before the coal companies were nationalised in 1947. The back-breaking work, appalling conditions and miserable wages that were the norm in those days are graphically described in the opening chapter which also paints a picture of life in a Welsh mining village in the 1940s.
Ray, a union activist and a member of the Young Communist League from the start, was soon plunged into struggle and this continued throughout his life as a militant member of the Labour Party after he left the pits to become a steel worker.
When Arthur Scargill and the NUM threw down the gauntlet to the Thatcher government that was determined to smash the miners’ union and destroy the mining industry Ray was at the fore-front joining the pickets and fighting to build solidarity with the miners who were fighting for the entire working class in their battle to stop the closures.
The role of the communist movement within the South Wales Miners Federation that later became the South Wales Area of the NUM is covered in the narrative as well as the struggles within the Welsh Labour Party and the labour movement as a whole during the big strike. But the author mainly focuses on his personal experiences on the picket line, in clashes with the police and in the day-to-day problems of building a support group to give the reader a priceless window into the world of militant struggle that was 1980s Britain.
Though this is a short book it nevertheless makes an important contribution to the labour history of south Wales. Peppered with illustrations and contemporary photos A Miners Life  is a fitting tribute to all the miners and all who stood by them during those hard months of struggle and at £6.00 a copy well within the means of the average reader.
All profits from its sale will go to CISWO, the Coal Industry Social Welfare Organisation, to help ex-miners and their families affected by injury or illness and it can be obtained by sending £6, plus £1.50 postage and packing, to:

The Comintern and Africa 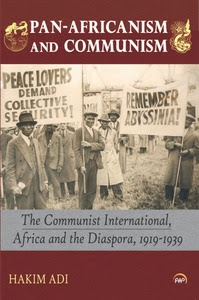 THE COMMUNIST International was established in Moscow in 1919 to build the international communist movement following the revolutionary upsurge that swept the globe following the Russian Revolution in 1917. For the next 20 odd years the Comintern exerted immense influence over the communist parties in Europe, Asia and the Americas that were, in theory, branches of a world party.
The role of the Third International, as it was called until it was dissolved in 1943, has been subject of a number of scholarly books from bourgeois and progressive academicians over the years. But the role of the communist movement in Africa during this period has been sadly neglected.
One problem was the lack of access to original documents but this has been remedied by Dr Hakim Adi who traces the efforts of the Comintern during the inter-war period as well as the work of the of the International Trade Union Committee of Negro Workers (ITUCNW), established by the Red International of Labour Unions (Profintern) in 1928 and its activities in Africa, the United States, the Caribbean and Europe.
Dr Adi says that the aim of the book is to promote discussion and combat some of the disinformation that surrounds the Communist movement and its connection with Africa and Africans during the period. He looks at the role of controversial figures like George Padmore, the pan-African writer who broke with the communist movement in 1934, and the part played by communists in the metropolitan heartlands of the British and French empires.
The author draws on archives in the United States and Russia, including the newly-available sources from the Comintern Archives in Moscow to shed new light on the Soviet Union’s response to what was then called the “Negro Question” in this work that charts the embryonic efforts to build revolutionary movements in Africa and America.
The clandestine efforts to distribute the Comintern’s Negro Worker journal, often through cadres in the Merchant Navy, are chronicled in this book as well as the movement’s problem in dealing with backward ideas that still had a resonance within the metropolitan parties of the colonial empires – like the British Daily Worker, that was criticised for using the word “nigger” in 1930.
This is a book is a compilation of ten years of meticulous research primarily aimed at students and academics and this is reflected in its price. This massive tome is essentially a work of reference that chronicles the work of the black pioneers of the working class movement through their correspondence and publications that will doubtless remain a source of reference to future scholars for many years to come. Every academic library should have a copy.

Posted by london communists at 6:24 AM No comments:

The Invalidation of the Worker: Disability in Capitalist Society

Posted by london communists at 7:10 AM No comments: