Delayed Victory for the Working Class 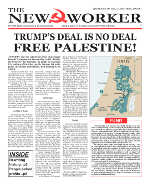 Today, the 31st January 2020, marks the belated implementation (however flawed) of the decision made by the British people, and in particular the working class, on the 23rd June 2016 to leave European Union (EU). A Brexit conducted by a Tory Government is not exactly what the working class voted for. It is essentially the same one supported by former Prime Minister Theresa May with a few bits of window dressing.
The main thing however, is that at long last we are leaving the corrupt neoliberal institution that is the EU, despite the fact that the British ruling class has done everything in its power to defeat the will of the people.
The fact that a few City mavericks such as Jacob Rees-Mogg and former city trader Nigel Farage have been the leading lights in the Leave campaign does nothing to alter the irrefutable fact that British capitalism overwhelmingly supports remaining tied to the EU. We need not shed too many tears for those who might have to wait a bit longer in the passport queue when they travel between Belgravia and their Tuscany villas. Nor need we fear chlorinated chicken, we do not need to buy it if we don’t want to, in any case it is healthier than the germ-ridden organic chicken that comes in at five times the price.
The claims that the fortunes of Britain’s youth have been ruined by Brexit depriving them of job opportunities is utter nonsense, at least they won’t have to worry about being conscripted into the European army, which is a priority of former German defence minister and now EU President Ursula von der Leyen.
Contrary to the fables from the likes of the Guardian and the TUC, the EU did not bring any rights whatsoever to the British working class. Those rights that we do have, have come from the struggle of the working class over the centuries through its trade unions, political parties and other mass organisations.
Internationalism does not mean kowtowing to the ruling classes of France and Germany. Proletarian internationalism means supporting the Yellow Vests against the French capitalist class. Engineers in socialist Poland used to work as engineers in Poland, now they have to become seasonal fruit pickers in Britain to survive. If anyone really cares about Polish workers they should support their struggles.
The nationalist parties in the British Isles – the Scottish National Party, Plaid Cymru and Sinn Féin – need to realise that their sometimes recent faith in the EU has been greatly misplaced. Members of these parties who claim to be progressive need to open their eyes and see what damage the EU has had on smaller countries, which makes the Tory austerity they decry seem like they have the impertinence defy the rules of the bankers who are the real masters of the EU. “The enemy of my enemy is my friend” is a pithy Arabic proverb but it is not always a good guide to policy.
If anyone thinks that Boris Johnson is bad they ought to have a look at prime ministers Mateusz Morawiecki of Poland and Viktor Orbán of Hungary to see what real right-wingers look like. In the early days of the Thatcher years Britain’s trade unions were all too quick to swallow the lies about “Social Europe” and abandon their opposition to what was then the Common Market. That belief was wrong then but the workers have their eyes open, even if trade union bureaucrats still believe that Christmas presents some from Santa Claus.
New Worker readers will not be waving any Union Jack flags but we can be proud of the fact that in opposing the EU the NCP has acted in the interests of the working classes of Britain and abroad. Great struggles lie ahead that will not be easy but at least one of the fetters holding back the working class has been broken.
We can all rejoice in the discomfort in the ranks in the ruling class about Brexit actually taking place. It is up to us to take full advantage of the opportunities it offers.
Posted by london communists at 2:04 AM