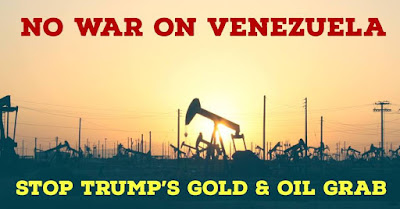 A Letter from Venezuela was screened at the Bolívar Hall in London last week. It is an inspiring film which shows that, despite systematic sabotage and violence, the support for Maduro and the Bolivarian revolution is a mass phenomenon, and full of energy and determination.
The soon-to-released film was directed by Carolina Graterol, who lives in London and who visited Venezuela after several years away when her sister died of malaria.
She travelled all over the country, filming the ordinary people of the cities and countryside. One of the most interesting aspects is hearing many Venezuelans describing not only the problems they face but how they are overcoming them.
An example of the mass support is a spontaneous 150 mile peasant march to Caracas, simply to show their support for Nicolás Maduro, with chants of “Let’s Go, Nico!”.
It won’t surprise our readers to hear that everything reported in the British media about Venezuela is false. Shortages of certain foods and products have been deliberately created but there was absolutely no sign in the film of “starvation”.
People, especially the young, are going abroad, but this is for economic reasons, lack of jobs and the pressures of life in Venezuela.
In the 20 years since Hugo Chavez came to power, the USA has used in Venezuela many of the tactics against Allende’s Chile.
The extreme opposition violence includes horrific scenes of setting Maduro supporters on fire, the bombing of police, kidnappings, and the ‘Guarimbas’ – opposition roadblocks using tyre spikes, burning tyres and tripwires.
Activists point out the similarities of these tactics with those recently seen in Nicaragua and the 2014 Ukraine coup, where in both cases puppet groups were trained by the USA in sophisticated street-fighting methods.
Historically Venezuela has been one of Latin America’s most racially and economically divided countries. Whilst the population is far more racially mixed then other Latin America countries, over 99 per cent of the rich elite are white Europeans.
One activist describes “a regrowth of fascism” and says that pro-opposition doctors have waged a campaign to deliberately sterilise poor women.
The US-led economic war on Venezuela is on a massive scale. Ships from Britain, the USA, Germany and Italy have joined the trade blockade. After the death of Hugo Chavez in 2013 western countries began a campaign of disinvestment and risk agencies have pushed interest rates on loans to Venezuela to 50 per cent.
There is constant sabotage of food, electricity, gas, water and medical supplies, either physical or cyber, and massive hoarding by private businesses to inflate prices.
Leaked reports on ‘Operation Venezuela Freedom 2’, drawn up in 2017 by US Southern Command in Panama, describe plans to “siege and suffocate”, portray Venezuela as “close to collapse/imploding”, and to link Maduro’s government to corruption and money laundering.
The plan shows preparations for rapid military intervention from US bases in Panama, Honduras, the Caribbean islands of Aruba and Curaçao, and six bases in neighbouring Colombia.
But the film also shows how Venezuelans are resisting the sabotage, and the huge advances for the poor, the indigenous peoples and the disabled since 1999. A disabled citizen describes how rights for disabled people in the new constitution are a model for the rest of Latin America.
There has been huge investment in education; and 2.5 million new houses have been built since 2015. Staple foods are sold at government prices and monthly food boxes sent to poor families.
We see the determination of Venezuelans to overcome the sabotage and shortages with new, self-reliant forms of production, abandoned factories expropriated, and equipment and parts being repairing or reverse engineered.
The energy and enthusiasm of the Venezuelan masses for Chavismo, and their music and songs, are contrasted with the weakness of the openly divided opposition.
As one activist says: “The dictatorship we have is that of the media. We have no dictatorship here!”
And another puts the struggle in context, saying: “Fighting imperialism is long-winded but they cannot defeat us.”
The message of this film is a positive one: whatever the USA tries, it cannot defeat the Bolivarian revolution.
Posted by london communists at 2:08 AM