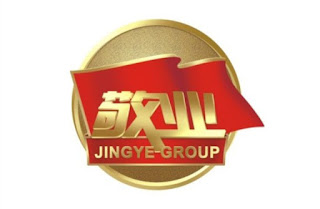 A Chinese firm has stepped in to save British Steel and the job of thousands of workers in Scunthorpe and Teesside. When it was publicly-owned the British Steel Corporation was the country’s major steel producer. It was sold-off in 1988 during the Thatcher era and it’s been downhill ever since. British Steel went into liquidation in May but it’s been kept running by the Official Receiver in the hope of a rescue buy-out. The company employs 5,000 workers directly with a further 20,000 workers in the supply chain.
This week the giant Chinese Jingye group announced that it had reached an agreement in principle to take over the company in a deal which will lead to an investment of £1.2 billion into the British steelmaker and "preserve thousands of jobs in a key foundation industry for the UK".
Jingye Group chair Li Ganpo said it would spend £1.2bn over the next decade in upgrading plant and machinery, "improving the company's environmental performance... and boosting energy efficiency to place the operations on a more competitive and sustainable footing".
The Jingye Group is located in an old Chinese revolutionary area called Pingshan Town and adjacent to Xibaipo, where Chairman Mao had his headquarters in the 1930s during the civil war.
Unite the union has cautiously welcomed the news of the takeover bid. Unite assistant general secretary Steve Turner said: “Unite welcomes news that it appears we are close to a deal being concluded that ends the anxiety felt by thousands of workers, their families and communities and finally brings desperately needed stability to a world class business.
“However, there have been a series of false dawns in finding a buyer for British Steel and Unite will not be raising any false hopes without seeing detailed plans for the entire business and the ink is dry on the contracts.
“If and when a formal announcement is made, the workforce will begin to breathe a collective sigh of relief.
"Unite is seeking a further urgent meeting with Jingye to understand exactly what commitments will be made to the workforce and its proposals for long term investment in the company.
“Similarly we continue to seek meetings with government to secure a firm commitment that it will now finally ensure that previous empty promises to act to defend the steel industry in respect of tariffs, energy prices and business rates in particular, are finally delivered and aren’t simply a further example of opportunist electioneering”.
Posted by london communists at 4:43 AM