Health and Safety must come first 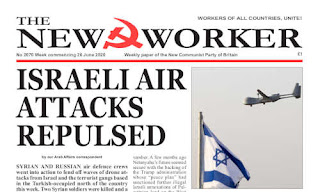 The Johnson government’s decision to ease the lockdown regime is fraught with danger. Shamefully, Britain has one of the highest death tolls in the world from the coronavirus plague. But the number of cases has been steadily falling in recent weeks. Though the infection rate has dipped since it peaked in April there is no time for complacency. A reliable track-and-trace system is still not in place and a vaccine is not likely to be available until the New Year. Meanwhile medical experts are warning us of the real risk that a second wave of coronavirus could be triggered by the premature ending of the emergency and that it could be even worse than the first.
Speaking in the House of Commons this week Boris Johnson announced the easing of the emergency regulations to re-open pubs and restaurants and help get workplaces back up and running. Labour leader Sir Keir Starmer said he welcomed the Prime Minister's latest announcement on the easing of lockdown. The tame leader of the opposition said Labour would “scrutinise the details” of the announcement but Starmer believed “the government is trying to do the right thing, and in that we will support them”. But Richard Burgon, the campaigning left Labour MP, was more robust when he asked the Prime Minister why - when his Government's many failures have already led to tens of thousands of needless deaths - he is gambling with people's lives by lifting restrictions before it is safe to do so.
Meanwhile the TUC is urging the Government to announce spending plans to avoid wide-scale unemployment when the furlough scheme ends in October. They say that 1.24 million jobs could be created by 2022, including 40,000 in telecoms with upgrades to high-speed broadband and 38,000 jobs in decarbonising tech.
TUC general secretary Frances O'Grady said: "We need to work our way out of recession. Investing in infrastructure now will help to create jobs across the economy and limit the fallout from coronavirus. And it will stop the devastation of mass unemployment.
“We should lose no time getting shovels in the ground. Next month's budget must be used to green-light spending on homes, faster broadband, better transport links and greener technology.
“Alongside investment in infrastructure to create great new jobs, we need a job guarantee scheme for young workers and rescue packages for badly hit sectors. And we need a new drive to ensure that the recession does not worsen existing labour market inequalities. The more people we can keep in work, the faster we'll bounce back from this crisis”.
Health and safety, above all, must come first. In the finance, construction and transport sectors which remained open throughout the lockdown the unions have had to fight to ensure that Management implemented the emergency measures the medical profession and the Government recommended to secure a safe environment. Workplaces should now only be reopened if there is evidence that it is safe to do so. Greater testing must be in place, followed up by contact tracing, and PPE should be supplied where needed.
Posted by london communists at 5:57 AM