USA: Guns in a time of coronavirus 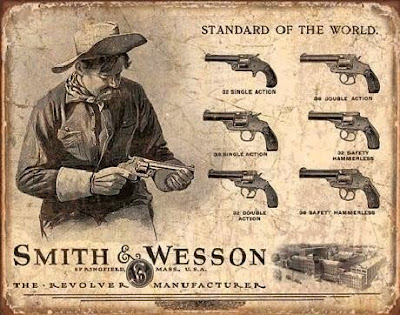 Perhaps I shouldn’t have been surprised when I heard that guns sales in the USA had soared with the onset of the coronavirus pandemic but I was a little shocked. For a moment I had a mad vision of armed Americans roaming the streets in search of viruses to shoot!
But it would seem that usually mild, non-armed people are afraid that desperate intruders will attack their homes and steal their food and goods during the lockdown. To assist the defenders, many states have designated gun shops as essential services and free to open!
Over 3.5 million new background checks were requested by gun shops in March according to the FBI and whilst this does not exactly correlate with sales it gives you an idea. It also gives you an idea of the Government’s attitude to gun sales that there are not more accurate figures. This response by so many Americans gives, I think, an insight into deeply held attitudes.
Some years ago a relation of mine living near Detroit, Michigan, saw an intruder (we might say ‘trespasser’) one evening in the gardens behind her home. She called the police and the officers quickly arrived, but by then intruder had already disappeared. “Why didn’t you shoot him?” the officers wanted to know and were shocked to be told that there were no guns in the house.
Academics in the USA have pointed out statistically guns in a house are not much of a deterrent. Guns are, in fact, rarely used in defence of homes and are no more effective than other methods of defence. Also, guns in the home can have serious effects.
Domestic violence more easily leads to murder with a gun in the house. If there is a firearm in a home with a history of domestic violence there is a 500 per cent higher chance that a woman will die, and in a time of lockdown and isolation that is likely to get higher.
Accidents with bored children finding poorly secured guns must surely increase. Already every year there are over 450 “unintentional” firearm deaths in the USA and over 20,000 injuries. Eight kids and teens were killed or injured every day before the pandemic – how many now?
To many people in Britain, I suspect that that the gun situation in the USA borders on insanity – but of course it has historical and economic roots.
The USA can be said to have been founded on the thieving of land and the massacre of indigenous peoples, the ownership of black slaves by a white upper class, the exploitation of working people by capitalists, and imperialist wars to maintain the power and profits of a tiny minority.
But oppression breeds resistance and in an enormous, sometimes lawless, country it can be difficult for the ruling class to ensure that weapons stay in the ‘right’ hands and the pressures inside the ruling class often conflict.
A section of that class, largely the Democrats, want more restrictions on arms to make controlling ‘unruly’ elements easier. Whilst the arms industry, led by the National Rifle Association (NRA), is constantly trying to maintain and increase its profits.
Some arms companies, such as American Outdoor Brands who own Smith &Wesson and Sturm Ruger, have seen a small drop in their share price recently and are in great hopes of the present environment.
Generally speaking, Republicans and conservatives firmly support the ownership of guns based on (the much disputed) Second Amendment to the Constitution and the desire to protect their property and families.
The American Left can be said to be divided between those who think more gun control of a type would be better for workers and oppressed groups than the status quo, and those who believe it would inevitably be used as part of the oppression.
Duke Aaron of the Redneck Revolt Network (a group of armed workers that fights white supremacy and promotes community defence) says: “Firearms are legislated like the rest of the country is legislated: completely compromised and geared towards control and capital. Gun laws predominately favour people who can afford firearms [Good quality pistols cost $300–$400] and gun control has a long history rooted in the idea that white supremacy needs to keep guns out of the hands of people of colour…” And: “If something happens what are we supposed to do? Call the cops and wait hours for them to turn up and shrug their shoulders or even sometimes shoot us?”
Minnie Bruce Pratt writing in Workers’ World, paper of the Workers’ World Party, said: “…the disproportionate number of deaths of people of colour, people with disabilities and genderqueer people at the hands of police…belies the wisdom of relying on the US state to safeguard our lives” and: “Instead, we can turn to the many examples of mutual help and self-defence.”
Marc Bodine, Chair of the Communist Party USA (CPUSA) in Washington State, says that although the CPUSA does not have an official position on gun ownership he believes that most of its members support the Second Amendment and the right to own guns but also “common sense” restrictions to those rights. He thinks that having lots of guns around will not alter the balance of political power, the State will always have more fire power, but he supports the right of people’s movements to defend themselves against armed attacks by the State.
Posted by london communists at 1:11 AM