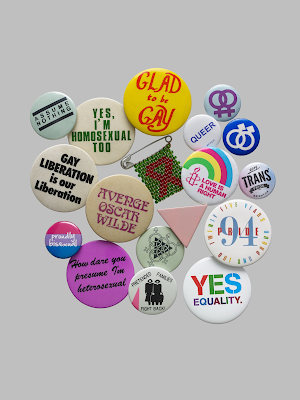 During the Hanoverian era the landed gentry spent some of their vast wealth on a ‘Grand Tour’ of Europe to gape at the ruins of ancient Rome and Greece, and started a craze for antiques that continues to this day. Their souvenirs ranged from the priceless Elgin Marbles that were more or less looted from the Parthenon in Athens, to the more modest statues, busts and coins that they gathered to adorn their stately homes and gardens. Some of these collections eventually ended up in public galleries such as London’s British Museum, which was established in 1753 to house the 71,000 antiques, books and other items that Sir Hans Sloane had amassed during his life-time.
But not all was deemed fit for public gaze. Items considered obscene, such as those of a homoerotic nature, were kept in closed rooms, like the British Museum’s ‘Secretum’, hidden to all but the chosen few until well into in the 1960s.
Now some of these ‘forbidden’ works are on display in the new British Museum touring exhibition Desire, Love, Identity: exploring LGBTQ histories, which opened at the Shire Hall Historic Courthouse Museum in Dorchester last week.
The life of Dorset’s famous lesbian poet, Valentine Ackland, is the theme of the guide to the display that contains ancient erotica from Palestine, Greece and Rome as well as more contemporary works from Japan. along with phallic pendants from the 19th and 20th centuries.
Mementos of the Emperor Hadrian and his doomed favourite, Antinous, are there along with a colourful deck of drag queen cards by Japan's Onskar Takashi from 1997, some line drawings by David Hockney and a display of campaign badges that show how the drive for equality has changed over time.
Containing around 130 items, the exhibition has been travelling around the country following its first display at the British Museum in 2017. It looks at how same-sex love, desire and gender diversity are an integral part of the human experience, and how this has been depicted differently through society throughout various times.
Members of Dorchester’s LGBTQ community are urging everyone to come and see the exhibition, which challenges visitors to question their assumptions about the past.
Entrance to the exhibition is via the museum, which charges a standard entrance fee of £9.50 for an annual pass with discounts for students and children.
The hall, which goes back to the 18th century, was once the county town’s courthouse and it continued to serve as Dorset’s county hall until 1955. Visitors can see the old court and the holding cells, including the room in which the Tolpuddle Martyrs were held before their trial for attempting to form a farm workers’ union in 1834.

The Shire Hall Historic Courthouse Museum is open daily from 10:00 to 17:00, and the LGBTQ exhibition runs until 17th November.

Posted by london communists at 8:10 AM