Differing views of the Swinging ‘60s


By Our TV Correspondent

On Sunday evenings, now that McMafia has finished, we have a choice between two TV dramas, both set in the 1960s: Endeavour and Call the Midwife. These two dramas give somewhat differing views of what is often referred to as the Swinging Sixties. 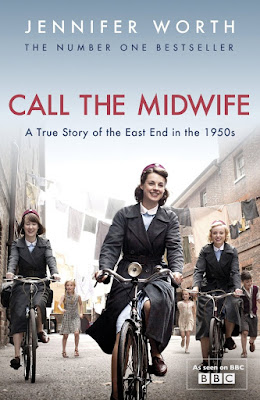 The long-running Call the Midwife series is set in the East End of London. This period drama shows the development of the Welfare State, which was built on pre-existing religious and charitable institutions – in this case ‘Nonnatus House’, an Anglican religious order. This and listening to Vanessa Redgrave prattling on at the end gives the series a religious and slightly sentimental overtone.
Set in an area of high immigration the drama raises the issue of race. In the latest episodes a new mid-wife arrives from the Caribbean. It also covers working conditions in the local docks. Grim though it was, it should be pointed out that the 1947 National Dock Labour Board, achieved as a result of communist-led industrial action, did see an improvement in working conditions.
The series does have a progressive side; in one episode a young woman who has escaped from the ‘horrors’ of communism in Hungary only to be physically abused in France, asks a doctor if she can arrange for an abortion. She is told that she is not in a communist country and such procedures are illegal in Britain.
Last week’s episode, set in 1963, features some of the characters glued to a television screen watching the Soviet cosmonaut Valentina Tereshkova being filmed from her space craft. This was a time when the Soviet Union was overtaking the capitalist countries in many areas.
On the other hand Endeavour, which began in 2013 and is now into its fifth series, is a crime drama set in Oxford in the late 1960s. The drama gives an element of glamour to the city dominated by the university and the car plant; two separate worlds often referred to as town and gown. It emphasises a different side of the decade – the hairstyles, new fashions and most of all crime.
It is a prequel to Colin Dexter’s Morse, which ran for 33 episodes between 1987–2000. In the original series Morse, played by the late John Thaw, was a middle-aged melancholic, with a passion for cryptic crosswords and classical music who enjoyed a pint of real ale. In Endeavour, the lead role played by Sean Evans (Ashes to Ashes) takes us back to Oxford in the late 1960s.
Evans plays a younger adaptation of Morse; a somewhat detached and serious individual very much wedded to the job. This does not, however, stop him from having a one-night stand with a woman he meets outside a phone box. For those not familiar with Dexter’s books or the TV adaptations, Endeavour was Inspector Morse’s first name, which he seldom used. The series has the potential to go on for another 20 years, taking us through the 1970s and into the 1980s.
A problem associated with the production of TV dramas set in the not so distant past is that although it is possible to film on location, modern cars have to be hidden out of the way, satellite dishes taken down and even double glazing, not introduced until the 1980s, has to be painted over to give the appearance of wood. 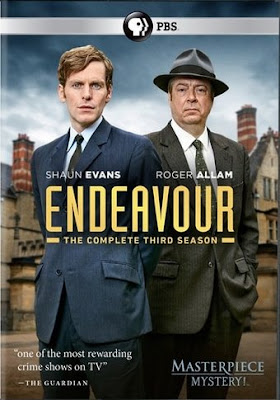 Both Call the Midwife and Endeavour are mostly shot in pre-fabricated film sets. These have their limitations, more so in the case of crime drama, making it difficult to show the outdoor chase scenes associated with Life on Mars and Ashes to Ashes. On the other hand, it makes Endeavour a slightly slower paced and possibly more thought-provoking drama, without the one liners of and exaggerated violence of Life on Mars.
On a global level the 1960s were a period of progress; they saw the consolidation of the socialist camp as well as decolonisation and the advance of national liberation movements despite the problems related to the Sino-Soviet split.
In Britain it was a period of limited social mobility that has been reversed in recent years, mainly a result of neo-liberalism and the destruction of the welfare state. Today social mobility is the subject of various parliamentary commissions and select committees; but in the 1960s it took place mainly as a result of the gains in social welfare and the strength of the left after the Second World War. Increased opportunities for working-class people in the west saw expression in the radicalised student movements at the end of the decade. They reached their peak in various protests against the Vietnam War and solidarity with industrial struggles.
The decade also saw an end to book and theatre censorship, previously the responsibility of the Lord Chamberlain’s Office. A famous case was the lifting of the ban on DH Lawrence’s Lady Chatterley’s Lover in 1960. Finally, the 1960s saw the decriminalisation of abortion and homosexuality in 1967.
For most of the population these improvements were gradual and the notion of the Swinging Sixties only really existed for a privileged few. We were told we “had never had it so good” – but poverty still existed and on a positive note this was reflected in the production of films such as Cathy Come Home, which gave a sympathetic view of the victims of poverty. This is in stark contrast to some of the poverty-porn docu-dramas of today, where apparently those in poverty are better off than those in work. Again, an attempt to undermine the Welfare State.
On a personal level I have no recollection of the decade, which was after all the era of my parents and grandparents. I remember my father telling me that in the late 1960s Lord Montague, owner of the National Motor Museum, allowed his estate to be used for a Hippie Festival. My parents and a number of other less well-heeled locals watched these exotic creatures through the fence.
He also told me that he did not join a trade union until around 1967. This was by no means atypical, union membership was actually lower in Britain in the 1950s than many comparable capitalist countries and did not take off until the late 1960s.
Although I have a personal preference for crime drama, giving the limitations of modern television both series are probably worth watching.
Posted by london communists at 12:39 PM