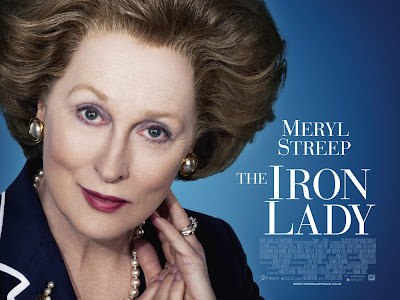 MOST OF the left groaned when they heard that the movie moguls were going to give Lady Thatcher the Hollywood treatment with a star-studded cast and Meryl Streep as the leading lady herself. The Tories meanwhile sat back expecting an epic of Churchillian proportions. What they actually got was a bitter disappointment.
Margaret Thatcher is portrayed as a half-mad old crone, shunned by her children, who holds imaginary conversations with her long dead husband, which trigger flash-backs to her long-gone days of glory.
The film has not surprisingly been dismissed as a “disgrace” by Tory grandee Norman Tebbit and “left-wing fantasy” by her children.  The focus on Thatcher’s dementia has been criticised as a cruel invasion of the privacy of an elderly woman, with some justification. Nevertheless it’s the artistic device that the whole movie revolves around.
Though it is by no means a conventional biopic, the film does tell a story. In a sequence of scenes we see Thatcher rise from her student days at Oxford to struggle to overcome Tory male chauvinism in her quest for high office, the defeat of the miners and, of course, the Falklands War. All of this is set against a background of strikes, IRA bombings and riots on the streets, using newsreel footage from the time.
But what does the film tell us? Well it’s the tale of how one woman overcame male prejudice to become the first woman prime minister in British history, leading the country from 1979 to 1990, only to be ignominiously dumped by her own party when her popularity slipped. The moral of the story is perhaps only in its ending.
Maverick Tory MP Enoch Powell famously said: “All political lives, unless they are cut off in midstream at a happy juncture, end in failure, because that is the nature of politics and of human affairs”. It was certainly true of Powell himself, who played the race card in his own failed bid for power. It’s equally true of Thatcher, Major and Blair as well as every British prime minister we’ve had over the past 100 years or so.
Thatcher may well be an icon to the ruling class. But so are all the others, Labour and Tory, who followed in her footsteps when they went to Downing Street. The great reforms of the post-war Labour Government were indeed partly due to the overwhelming demand from working people for a better life. But they were also the product of a bourgeois consensus on the need to boost production by pumping state money into ailing industries, while buying off and diverting working people down the dead-end of social democratic reform to head off the communist movement that had  massively grown throughout Europe during the struggle to defeat the Nazis.  This tactic was followed by the bourgeoisie throughout Western Europe during the Cold War.
By the 1970s the bourgeoisie as a whole, in Britain and in Europe, were no longer prepared to pay their share in maintaining state welfare and that consensus ended. Thatcher simply represented the class the Tories serve and she did nothing that would not have been done by any other Tory leader at the time.
Margaret Thatcher led the Tories to victory three times in a row, spearheading a bourgeois offensive against the unions, the National Health Service and the welfare state, whose consequences we still live with today.
Yet in the Iron Lady the rage of the victims of the Thatcher era is used only as a backdrop to her life. But perhaps the portrayal of Thatcher as a lonely, neglected old woman symbolises more than immediately meets the eye.
Posted by london communists at 11:06 AM