A Play for Today 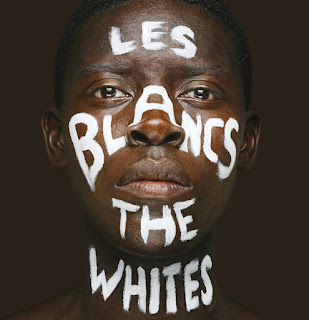 Les Blancs, which translates literally as ‘The Whites’, is a brilliant critique of European imperialism’s role in Africa. Set around a mission providing medical care to the local population in an African colony, the play takes the form of a series of arguments between the characters who range from anti-imperialist to colonial oppressor. The actors without exception play the characters well – in particular, Dani Sapani who plays the anti-imperialist Tshembe Matoseh recently returned from Europe.
In true anti-imperialist style, Tshembe makes it clear that he does not hate white people only those who oppress Africa. Whilst expressing solidarity with the European working-class, Les Blancs does not therefore pander to elitist ‘woke’ guilt that holds all white people responsible for the crimes of imperialism. This attitude hinders anti-imperialism as well as being incorrect.
On the other hand, Mayor Rice, played by Clive Francis, exposes the mind-set of the colonial oppressors. They see Africa as their home and describe its iconic scenery and beautiful sunsets; perfectly fine, although it should be added that this can be found in Europe as well. The problem is they see the Africans not as people but as part of the landscape and little better than the wildlife.
It is often said that the colonialists treated Africans as children but, as a rule of thumb, children grow up and leave home – in other words, gain independence. This is where the similarity ends; a better term might be pets.
The play is set entirely in the grounds of the mission, and as it progresses characters move on and off the set. The existence of the mission is a subject of some of these discussions. It is pointed out that although the intentions of those who established it may have been well meaning, the mission has itself become part of the problem. As Tshembe points out, for every germ the mission has eradicated it has probably infected people with three.  The play ends symbolically with the mission being burnt down.
Posted by london communists at 5:30 AM