The Russians are coming… 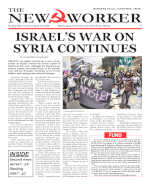 Or maybe not. It all depends on whether you believe the ‘Russia report’ by the Intelligence and Security Committee of Parliament (ISC), which was published this week. The ISC says that the 42-page “summary” is “supplemented with a substantial annex” that gives greater detail, which has been read by the chosen few but cannot be published at this time “in view of the current Russian threat”.
In the meantime, we have to make do with a flimsy dossier that covers purported Russian interference in the European Union referendum and other “malicious” cyber-activities by the Kremlin to influence opinion in the UK.
The parliamentary report predictably confirmed "hostile foreign interference" by Russia. It concluded that Downing Street “took its eye off the ball” and failed to respond to a range of threats from Moscow. It said it was “astonishing” that no-one in government had sought to protect the electoral processes from potential subversion – and concluded that the influence of Russian money in the UK is so pervasive that it amounts to a “new normal”.
The Remainers, now led in Parliament by the crowd surrounding Sir Keir Starmer on the Labour benches, have long tried to discredit the 2016 EU referendum result by claiming it was covertly influenced by Russian propaganda. But any hopes of a “smoking gun” were dashed by this report, which was strong on the sort of anti-Russian smears and innuendo that many believed had died with the end of the Cold War in 1990 but produced few facts to back its claims.
Although the report said the Government had “avoided” looking into potential Brexit vote meddling, it admitted that it was unable to determine whether Russia had attempted to influence the EU referendum in 2016. When asked for evidence, MI5 had provided the ISC with just “six lines of text”, the report stated. “We were told they hadn’t seen any evidence, but that is meaningless if they hadn’t looked for it,” said Stewart Hosie, a Scottish nationalist MP on the ISC who told the media that no-one in government wanted to touch the issue with a “10-foot pole”.
But all the parliamentary report could come up with was “open source” studies that pointed to “pro-Brexit or anti-EU stories on RT and Sputnik”. It also claimed “there has been credible open source commentary suggesting that Russia undertook influence campaigns in relation to the Scottish independence referendum in 2014”, but it provided little or no evidence of co-ordinated Russian propaganda media campaigns or that detected cyber intrusions were from proven Russian intelligence centres.
What all this boils down to is simply that Russia Today (RT), a commercial TV news channel, and Sputnik, the old “Voice of Russia”, report the news as they see it. The rest is half-baked conspiracy theory about activities that the intelligence services of the major powers all indulge in together with freelance hackers all over the world.
Members of the Left Leave campaign (Lexit) and Leave – Fight – Transform (LeFT) say that the idea that Russian interference swayed the electorate over the EU vote is nonsense and Nigel Farage, a prominent leader in the Brexit campaign, has demanded an apology.
Farage, the former UKIP leader, said: “Years of lies and smears from Remain politicians and much of our media. There is no evidence of Russian involvement with Leave.EU or me in the referendum. It was all a hoax – apologies are now required.”
The Government has wisely said it sees no need to look again at the Brexit referendum because it has no evidence that Russia affected its outcome in any way. A statement released by the Johnson government said: “A retrospective assessment of the EU referendum is not necessary.”
It actually has no need to look at anything else in this rubbishy report based on pointless speculation that has only served to further sour relations with the Russian Federation.
Posted by london communists at 5:39 AM