Audley End: A palace in all but name 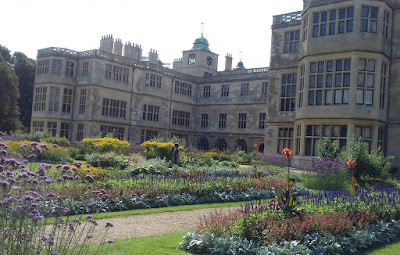 Audley End in northern Essex is what people used to call a ‘stately home’ back in the 1930s when most of them were still owned by the landed gentry. Later it was taken over by the Special Operations Executive (SOE) to train Polish commandos preparing to join the resistance movement against the Nazi occupation during the Second World War. It remained in private hands until 1948, when was sold to the public. Today the house is one of the jewels in the crown of English Heritage, the charity that now runs many of our historic buildings and monuments.
Audley End shows that some sections of the ruling class could live like kings in the 17th century. Thomas Howard, the first Earl of Suffolk, built this mansion on what had been a much more modest house built on the plunder of Walden Abbey during the Reformation.
Suffolk, who was the Lord High Treasurer of England, built his pile to impress a king. But when James Stuart, the first Scottish king of England, stayed at Audley End he began to suspect that his chancellor had had his greedy hand in the royal till. In 1619 Suffolk was charged with embezzlement and sent to the Tower of London. Only a hefty fine secured his release and he died in disgrace in 1626.
Later owners modernised the building and landscaped the grounds whilst demolishing whole wings to cut the costs of running the house. What was once the largest private house in the country was reduced to a third of its size. But it still retains much of its former grandeur and the interior houses period collections, a number of works of art, and exhibitions of life in Jacobean and Victorian days.
Audley End is open throughout the year, though it is wise to check in advance because the house is sometimes closed for filming. Buses from Saffron Walden pass nearby, and Audley End railway station is about a mile and a half away. There’s free parking on the site. Tickets cost £17.50, and £15.80 for students and pensioners. Admission is free for members of English Heritage.
Posted by london communists at 4:24 AM