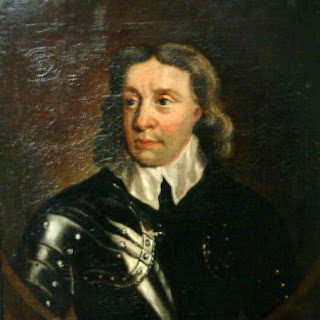 OLIVER CROMWELL, the leader of the bourgeois English Revolution, died on 3rd September 1658. Cromwell, the MP for Huntingdon, was the leading Parliamentary commander during the English Civil War, which began in 1642 and ended in 1649 with the trial and execution of Charles Stuart and the abolition of the monarchy. The Republic of England, or Commonwealth as it was styled in English, was proclaimed soon after.
In 1653 Cromwell became head of state, the Lord Protector. By then the republic Cromwell led included England, Wales, Scotland and Ireland, as well as colonies in New England and the Caribbean. During its brief life the Commonwealth became a force in Europe. Culturally it inspired the great poetry of John Milton and Andrew Marvell, and other radical and pacifist religious movements such the Quakers, who are still with us today.
Oliver Cromwell was succeeded by his son Richard, who was neither a politician nor a soldier. Unable to reconcile republican generals with the demands of the rich merchants and landowners to curb the influence of the New Model Army, Richard Cromwell resigned the following year. The government collapsed. The monarchy was restored in 1660 and the New Model Army was dissolved.
Marxist academics have always recognised the historic role of Cromwell but most bourgeois historians simply dismiss Cromwell as an upstart general who made himself dictator, a “king in all but name,” through the might of his New Model Army. Some Irish nationalists call him a brutal bigoted English invader. Some Protestants, even now, regard Cromwell as a religious reformer who fought for freedom of conscience for all faiths apart from Catholicism, and many in the Jewish community still remember Cromwell as the leader who allowed Jews to live, worship and work in England for the first time since the pogroms of 1290.
But for the bourgeoisie Oliver is best forgotten, even though their ascendancy began when their ancestors took up the gun in the 1640s.
The ruling class abhor revolutionary change today because it threatens their own domination, so they naturally deny that their class ever came to power through it in the first place. For them the English republic is an aberration, a temporary blip in the steady advance of bourgeois progress, which is the myth they teach us in school. If they elevate anything at all it is the ‘glorious revolution’ of 1688, when the last of the Stuarts was deposed and replaced by a king of their own choosing. Though not as bloodless as they claimed – plenty was shed in Ireland – the establishment of a monarchy that was the gift of Parliament was achieved without the involvement of the masses, which was precisely what was intended.
These days there are few public monuments to Cromwell or the republic that he led apart from a handful of 19th century statues, the most famous standing outside Parliament in Westminster.
In Huntingdon you can visit Cromwell’s old school, which now houses the largest collection of Cromwelliana on public display in Britain. The Cromwell Museum is on Grammar School Walk and it’s open every day apart from Mondays.
Oliver Cromwell’s House in Ely, the family home of the Lord Protector, has been refurbished to show how it may have looked during Cromwell’s lifetime. It also houses a gift shop that stocks an impressive range of souvenirs, including Cromwell mugs depicting the great man and some of his most famous quotes. You can also buy bottles of East Anglian ‘Toppled Crown’ beer and ‘Cromwell Cider’.
Oliver Cromwell’s House, 29 St Mary’s Street, Ely was awarded the Hidden Gem accolade by the Visit England national tourist agency in 2016 and it is open all year round.

Posted by london communists at 4:29 AM