In the summertime when the weather is hot 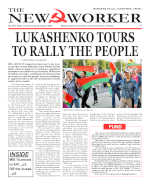 If you thought the hype around the re-opening of the schools had heralded the end of the silly season you were sadly mistaken. Over the last few weeks we had more gossip about Prince Andrew, the usual Loch Ness monster sighting, “strange lights” in the Horsham skies in Sussex, and some nonsense about Boris Johnson’s three day staycation in a tent in the Scottish Highlands. But amongst all this tat was a curious story that has renewed speculation about the Prime Minister’s long-term future.
According to the Times, the father-in-law of the Prime Minister’s senior adviser says that Johnson has not recovered from his bout of coronavirus and is on his way out. Sir Humphry Wakefield, whose daughter is married to Dominic Cummings, the éminence grise of the Johnson government, apparently told a visitor to his Chillingham Castle home that Johnson was still struggling badly and will quit in six months. The Times says that Sir Humphry, a racing man, said: “If you put a horse back to work when it’s injured it will never recover.”
Boris has, of course, dismissed this story as “absolute nonsense”, telling the press that he was feeling “if anything, far better as I’ve lost some weight”. That remains to be seen. What is known is that speculation about Johnson’s health started doing the rounds soon after he left hospital in April. Stories about Johnson’s alleged inability to concentrate, his long weekends and “three hour” siestas have been circulated gleefully by the Remainer camp who think they can sabotage Brexit at the last moment by pulling the rug from under his feet. A few months ago that would have been dismissed as wishful thinking. Now with the prospect of Donald Trump losing the US elections in November, these stories seem to be gaining a broader traction – and it’s got nothing to do with Johnson’s health.
Boris’s plan to replace the Treaty of Rome with a new ‘Treaty of Washington’ will be in tatters if Democratic hopeful, Joe Biden, takes Trump’s place. There’s no personal affinity between Biden and the man The Donald called “Britain’s Trump”. In any case, the Democrats would want Britain to remain in the European Union  as an American investment hub in the heart of Europe. President Obama personally made this clear during his talks with former Prime Minister David Cameron in London prior to the referendum.
If Trump goes then all bets are off. Johnson banked his political future on Trump’s re-election. That seems more and more unlikely as the days go by.

where angels fear to tread

This week the British government joined in the imperialist chorus of support for their chief Russian stooge Alexey Navalny, who was allegedly poisoned in the Siberian city of Omsk last week. The bourgeois media calls him the leader of the Russian opposition but he’s nothing if the kind.
The Duma, the Russian parliament, is dominated by Vladimir Putin’s United Russia bloc and its allies. The Communist Party of the Russian Federation (CPRF) with its 43 MPs are the official opposition. The Duma has 450 MPs. Navalny is not one of them. In fact every party Navalny’s led has failed to win a single seat in the Russian parliament.
Russian doctors found no traces of poison when they examined Navalny. German doctors, who are now treating Navalny in Berlin, say he probably was poisoned. Well, we’ll see. It is, nevertheless, curious to note how well the Navalny saga fits into the new anti-Russian media hate campaign drummed up to justify imperialist intervention in Belarus.

Posted by london communists at 3:15 AM