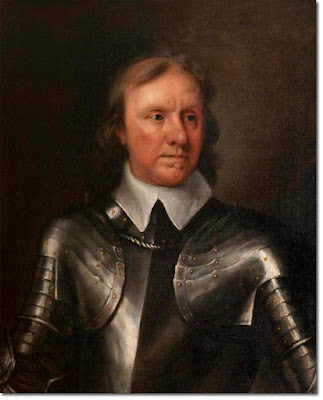 OLIVER CROMWELL, the leader of the bourgeois English Revolution, died on 3rd September 1658. Cromwell, the MP for Huntingdon, was the leading Parliamentary commander during the English Civil War, which began in 1642 and ended in 1649 with the trial and execution of Charles Stuart and the abolition of the monarchy. The Republic of England, or Commonwealth as it was usually styled in English, was proclaimed soon after.
In 1653 Cromwell became head of state, the Lord Protector. By then the republic Cromwell led included England, Wales, Scotland and Ireland, as well as colonies in New England and the Caribbean.
During its short life the Commonwealth became a force in Europe. Culturally it inspired the great poetry of John Milton and Andrew Marvell and other radical and pacifist religious movements such the Quakers who are still with us today. Oliver Cromwell was succeeded by his son Richard, who was neither a politician nor a soldier. Unable to reconcile republican generals with the demands of the rich merchants and landowners to curb the influence of the New Model Army, Richard Cromwell resigned the following year. The government collapsed. The monarchy was restored in 1660 and the New Model Army was dissolved.
These days most bourgeois historians simply dismiss Cromwell as an upstart general who made himself dictator, a “king in all but name,” through the might of his New Model Army. But Marxists have always recognised the historic role of Cromwell and the English Revolution
Engels said in 1844 that: “…because the English embodied within them both the elements which were responsible for historical progress on the Continent, they were therefore able, even without having much contact with the Continent, to keep abreast of development there and at times even to be ahead of it.

“The English revolution of the seventeenth century provides the exact model for the French one of 1789. In the “Long Parliament” the three stages which in France took the form of Constituent and Legislative Assembly and National Convention, are easy to distinguish; the transition from constitutional monarchy to democracy, military despotism, restoration and juste-milieu [happy medium] revolution [The French revolution of July 1830] is sharply delineated in the English revolution. Cromwell is Robespierre and Napoleon rolled into one; the Presbyterians, Independents and Levellers correspond to the Gironde, the Montagnards and the Hébertists and Babeuvists; in both cases the political outcome is rather pitiable, and the whole parallel, which could be elaborated in much greater detail incidentally also proves that a religious and an irreligious revolution, as long as they remain political, will in the final analysis amount to the same thing.
“Admittedly, this lead the English had over the Continent was only temporary and was gradually evened out again; the English revolution ended in juste-milieu and the creation of two national parties, whilst the French one is not yet complete and cannot be so until it achieves the result which the German philosophical and the English social revolutions have to achieve as well”.
Posted by london communists at 8:04 AM