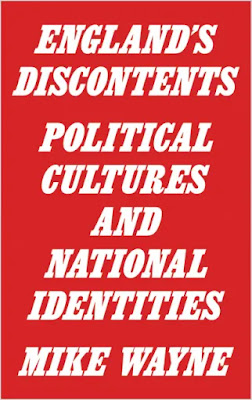 In this book Mike Wayne discusses the ideologies that have shaped British political culture and national identity over the last two hundred years. According to the author the dominant elements of British political culture are conservatism and liberalism, in particular economic liberalism with the left-wing ideologies of social-democracy and socialism existing on the fringes.
He explains how conservatism and economic liberalism, also known as neo-liberalism, do not always exist in perfect harmony. Economic liberalism’s advocacy of free-trade and mass migration do not fit well with traditional conservative ideas such as nationalism and idealistic versions of community.
Conservatism manages these contradictions through demagoguery and on occasion the use of racism. This process occurred during the European Union (EU) referendum when Boris Johnson complained about the lack of concern on the part FTSE 100 companies for the wider population. When the far-right, inside and outside the Tory Party, scapegoat migrants for the effects of austerity this is part of the same process. The Brexit debate within the Tory Party revolves around this fissure; with traditional conservatives advocating Leave and economic liberals, who until recently were dominant within the Labour Party, calling for Remain.
Appealing to the past as an inspiration to rebellion has its origins in the pre-capitalist economy. During the revolt against enclosure in the 1540s many of those involved appealed to the past and what was referred to as the ‘Moral Economy’.
The ability of semi-aristocratic figures such as Boris Johnson to play the populist card against some uncaring urban elite is part of a myth generated by conservatism that originates in the works of Benjamin Disraeli. Feudalism however, was anything but moral and the likes of Boris Johnson’s inherited wealth is as dependant on the FTSE 100 as David Cameron’s. The success of the British Conservative Party is its ability to appeal to an essentially mythical past whilst managing a constantly changing system – capitalism.
An important component of conservatism is the idealisation of archaic state institutions such as the monarchy. Reactionary commentators often say that the monarchy is above politics; what this means is that to question it puts you outside the dominant political culture. Hence the depth of conservatism reaches far beyond the Tory Party itself. Many on the right-wing of the Labour Party claim that Jeremy Corbyn’s republicanism makes him unelectable – even though some actual elections have proved them wrong. What they really mean is that Corbyn and the movement around him are a threat to the dominant conservative-liberal political culture. This can be seen when the Guardian newspaper, for years a bedrock of liberalism, attacks Jeremy Corbyn with the same level of venom as the conservative Daily Mail.
On the left of British political culture are social-democracy and social-liberalism; the former eclipsed the later at the end of the First World War. These ideologies claim to their credit the Welfare State and its crowning glory, the National Health Service. Social Democracy saw its heyday between the Post-War era and the 1970s, when rampant economic-liberalism saw a return under Thatcher.
The author fails to point out that social-democracy’s achievement had more to do with the global balance of forces at the time than the actual success of the ideology itself. The strength of the Socialist Camp, led by the Soviet Union, forced concessions from the ruling classes in the developed capitalist countries.
Social-Democracy represented in Britain by the Labour Party were simply those best at implementing these changes. Wayne paints a sad picture of the British Labour Party, describing it as a prisoner of the institutions and system it aims to change. Arguably the Labour Party has never as yet attempted to undermine the dominant political culture nor those institutions that surround it.
Some believed that the election of Tony Blair as Labour leader in 1994 was a betrayal of socialism rather than a confirmation of the inherent weakness of British social democracy.  Jeremy Corbyn may be a break with this tradition – or at least a means by which the left may be given the space to challenge it.
The book covers the twists and turns within British political culture, particularly since the late 19th century, and how it suits the needs of the ruling class of the day. In particular Wayne refers to studies from the 1980s by Stuart Hall on Thatcherism, published in the journal Marxism Today. Wayne covers the role of film and television in shaping political culture; he makes specific mention to films such as The King’s Speech, and television programmes such as Downton Abbey and even X-Factor. Although on occasion using over complex language, England’s Discontents gives a useful insight for anyone wishing to understand such a highly complex subject.
Posted by london communists at 4:41 AM