When the Army debated democracy 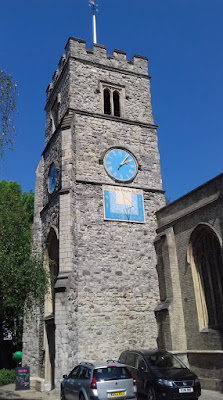 ON THE face of it St Mary’s in Putney looks like just any other heavily restored medieval parish church. But it’s a different story inside because back in 1647 this was where the representatives of the New Model Army opened a discussion of how they saw the future after the defeat of the Royalists during the Civil War.
Oliver Cromwell, the Puritan leader who would later lead the republic that followed the execution of Charles Stuart in 1649, presided over the sessions that are now known as the ‘Putney Debates’. Here Colonel Thomas Rainsborough argued with General Henry Ireton over future voting rights. Rainsborough, who supported the democratic ‘Leveller’ movement, called for universal manhood suffrage. Ireton, who later married Cromwell’s daughter, was a ‘grandee’ who believed this was a recipe for anarchy and that only those with a stake in the country – landowners, merchants and shopkeepers – had a legitimate right to vote.
Rainsborough famously said: “For really I think that the poorest he that is in England hath a life to live, as the greatest he” and his words are now immortalised on the wall of the church. Below is a small exhibition that tells the story of the church, which goes back at least to the 13th century as well as the background to the Putney Debates, which took place towards the end of the bourgeois revolutionary upsurge that ended the rule of a tyrant to found the short-lived Republic of England or Commonwealth as it was styled in English. You can see the late Tony Benn and other politicians and scholars talk about the relevance of the Putney Debates in a 12 minute video in the room or listen to audio presentations on the debates.
St Mary’s is an Anglican church just five minutes from Putney station. It’s open throughout the week and there’s an excellent café at the entrance!

Posted by london communists at 3:20 AM