Les Miserables – not so glum after all! 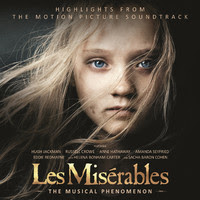 VICTOR HUGO’S book Les Miserables was first published in 1862 and is considered to be one of the greatest works of fiction to come out of the 19th century. The novel, which follows the life of reformed criminal Jean Valjean, is a tale of struggle set against the backdrop of the social crisis in France following the restoration of the monarchy, after the defeat of Napoleon, which erupted in the 1830 French uprising. This understandably made Hugo’s book a firm favourite in the Soviet Union.
As with Hugo’s novel, Cameron Mackintosh’s stage adaptation in 1985 was met with a somewhat lukewarm response by the critics, with one journalist calling it The Glums and another “a sentimental load of old tosh” Fortunately for the future of the show the public railed against the critics and took it to their hearts with the entire two-month run at the Barbican selling out in three days. It has now been seen by over 60 million people in 42 countries.
This month saw the opening of the film based on the stage version, which was adapted to the big screen by Director Tom Hooper of The King’s Speech fame. Hooper’s vision made £8.1 million in Britain in its first weekend, beating the previous record for a musical held by Mama Mia (£6.62 million)
Being a huge fan of Les Mis and lucky enough to catch some of the filming at Greenwich Naval College, I was hugely anticipating this and it has certainly lived up to my expectations. Tom Hooper’s adaptation is simply stunning from the cinematography to the beautiful close ups of the actors singing live on screen, the first time this approach has been used in a film musical to this extent and which certainly adds to the raw emotion of the piece. It is a visual masterpiece.
The tale is a very melodramatic, both uplifting and sentimental in equal measure with the only light relief provided by the comic turn of the despicable low-life innkeeper Thenardier and his wife portrayed rather convincingly by the superb Sacha Baron Cohen and Helena Bonham Carter. Other standout performances for me were those of Hugh Jackman as the reformed villain Jean Valjean and the very pure and raw performance of Ann Hathaway as Fantine, a young woman broken by circumstance.
This film is truly wonderful and can be enjoyed by everyone and not only the diehard fans of the musical – even though there seemed to be plenty of those on the night I attended, to which the spontaneous round of applause at the end testified!
Les Miserables (PG-13) is on general release.
Posted by london communists at 4:24 PM