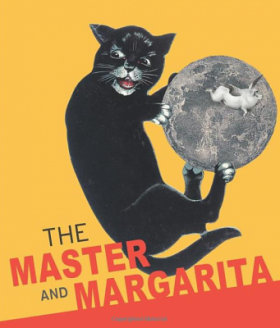 Mikhail Bulgakov is one of those Soviet authors who only achieved international acclaim long after his death. Because he was not openly anti-Soviet he was never lionised by the bourgeois media that embraced Boris Pasternak and Anna Akmatova and international recognition only came long after his death.  In fact his seminal work, The Master and Margarita, was never published in his lifetime. But it is now regarded as one of the classics of the Stalin era, even though the Soviet leader rarely approved of much of Bulgakov’s literary output.
Bulgakov trained as a doctor but he later abandoned medical practice to devote himself to literature and the arts. His play about the Civil War was one of Stalin’s favourites which the Soviet leader saw fifteen times.  But Bulgakov soon turned to satire and magic realism which brought him into conflict with the Soviet literary establishment and ensured that most of his books never saw the light of day.
He made a living working as a consultant at the Bolshoi and  when a top theatre director criticised Bulgakov, Stalin defended him saying that a writer of Bulgakov's quality was above “party words" like "left" and "right".
The Master and Margarita, which was written in the 1930s, is partly a literary revenge on all his artistic detractors as well as a commentary on the human condition. It inspired Mick Jagger to write Sympathy for the Devil and Salman Rushdie’s Satanic Verses and it has now  been adapted for the stage for a short run at London’s Barbican theatre.
It’s basically a frustrated love story between Margarita and the writer known as the “master” and the suppression of his own book about the trial of Jesus.  And it is set in 1930s Moscow coping with a visit from the Devil himself, masquerading as Professor Woland, and his retinue which includes a foul-mouthed gun-toting cat called Behemoth.  While Woland exposes the greed, selfishness and corruption of petty bureaucrats and literary jobsworths  Bulgakov’s barely disguised enemies end up dead or in the lunatic asylum. Eventually the two main protagonists are magically reunited for eternity by Woland and his fiendish accomplices.
This production tends to be fantastical rather than satirical with a dazzling display of special effects and a cast which perfectly captured the essence of Bulgakov’s characters and enthralled  the audience.
Though it is impossible to translate the entire book on the stage this adaption is a gutsy interpretation that is worth seeing in its own right even if you  haven’t read the novel. The current London  run ends on 19th January and it is well worth the visit if you can secure a ticket. The book was eventually published in the Soviet Union in 1967 And English translations are always in print.  There are also a number of film adaptions on Youtube including a Russian TV serialisation made in 2005 which faithfully follows the plot from beginning to end.
The Master and Margarita by Mikhail Bulgakov is at the Barbican Theatre in London until 19th January and tickets range from  £16 to £42.
Posted by london communists at 10:56 AM