Anti-Tory song in race for No 1! 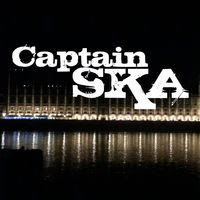 Captain Ska, the band behind this summer’s viral smash hit Liar Liar GE2017, a scathing attack on Theresa May and her government released just before the 2017 General Election, are joining the race for the Christmas charts with a new track called Sons and Daughters, that was officially released this week.
Band member Jake Painter said the new song reflects a “new mood of hope” following what he described as “a disastrous election for Theresa May and the Conservative Party.” Adding: “It looks like it won’t be long before we see the end of this government and it couldn’t come soon enough. We hope the song can give a boost to all those who have suffered under this government and who want to see a better world.”
The new song highlights growing homelessness and inequality that has risen since the Conservative Party took power. It accuses the newspapers of “poisoning our minds” to sell their “rags of hate”. But the song goes on to claim “the unjust order’s crumbling, it’s time to take control,” and features a sample from Labour leader Jeremy Corbyn speaking at Glastonbury announcing that “another world is possible”.
As with Liar Liar, Sons and Daughters is released in conjunction with the campaign group The People’s Assembly Against Austerity. Profits from sales up until Christmas will be donated to the anti-austerity campaign group and used to buy supplies for food banks across the country. The People’s Assembly recently delivered the food supplies bought by the profits from Liar Liar to Downing Street in a protest the night before the Budget earlier this month.
Captain Ska are hoping to repeat some of the success of their 2017 election campaign, which saw them reach Number Four in the UK Official Charts and peak at Number One in the iTunes download charts despite not receiving any radio airplay and being censored from all the radio airwaves, including the BBC Radio 1 Official Chart Show and the BigTop40 download charts.
We have one week to get it in the top 40s, forcing the BBC to play it over the airways! Please download and share, share, share!!!!
You can download the song on all major platforms including iTunes, Bandcamp, Amazon and Spotify.

Posted by london communists at 3:28 AM