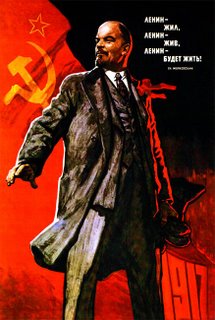 COMMUNISTS and progressives all over the world commemorated the 89th anniversary of the Russian Revolution last week in meetings and ceremonies to mark the turning point in the history of the working class. In the socialist countries of Asia, on the island of Cuba, in eastern Europe and the former Soviet republics communists pause from their work to recall the achievements of the Soviet Union that was born from the torch lit on 7th November 1917.
Though the Soviet Union is no more, the roar of the guns that triggered the popular uprising that swept the Bolsheviks to power echoes across the planet today. In People’s China, Democratic Korea, Vietnam, Laos and Cuba the masses are taking their own roads to socialism, while throughout the Third World progressive forces have taken a socialist perspective to achieve liberation, independence and social justice.
In the imperialist world we remember the sacrifice of Soviet youth who smashed the Nazi legions in the Second World War and saved the world, and in the Third World comrades and friends rallied to pay tribute to the immense Soviet contribution to the national liberation movement in breaking the chains of colonial slavery.
At the same time we must look to the challenge of today and the promise of tomorrow. Communists are united with the progressive movements of Latin America that have brought about sweeping changes for the benefit of working people and indigenous populations across their continent. In Britain and the United States communists are marching side-by-side with the millions in the anti-war movements mobilised against the war in Iraq.
When the counter-revolutionaries who had wormed their way to the top of the Soviet leadership destroyed the USSR, the imperialists rejoiced and told us that communism was finished. They said Marx and Engels were wrong. Their paid scribes claimed that “history was dead” and that from now on and forever more the entire planet would be governed by the exploiters. Their intellectual lackeys told us to expect a new era of common prosperity funded by a “peace dividend” with the end of the Cold War and a “new world order” that would solve the problems of the planet.
What we got was imperialist wars for resources and land and an anti-working class offensive aimed at stripping working people of the gains won through struggle during the last century.
Though the pundits who fill the media with bourgeois lies every day ignore 1917, they cannot ignore the spectre of communism. Lenin and Stalin are reviled by these errand boys of imperialism as much now as when they were alive. While these champions of exploitation and oppression bang the drum of “human rights” to accompany a barrage of lies against all the remaining socialist countries they say nothing about the real oppression and squalor that exists in the world – all entirely due to the merciless exploitation of workers and peasants by the economic system created by the capitalists, industrialists and landowners to ensure that they continue to live out their parasitical lives of ease and pleasure.
The lesson of the Great October Russian Revolution is that working people can take destiny into their own hands and end the era of exploitation. The Soviet peoples under the leadership of the Bolsheviks proved that you can build socialism in one state and create a social system far superior to the decadent, corrupt and oppressive capitalist world. Above all it showed that when the chains of exploitation are broken and the energy of working people is released you can reach for the stars.
Posted by london communists at 12:06 AM